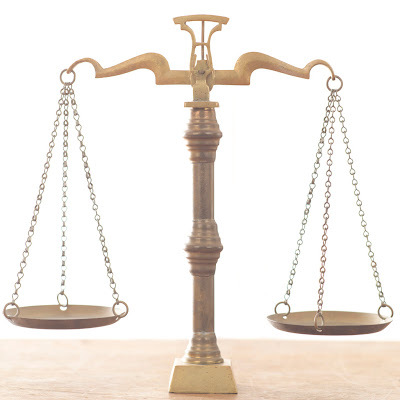 An interesting situation has developed over the last year or so regarding challenging the qualifications and eligibility of people to hold the offices they hold.

In one, Hillary Clinton’s appointment as Secretary of State has been challenged on the basis that when she was a U.S. Senator, immediately prior to being appointed by President Obama as Secretary of State, the Senate increased the salary of that position three times. The U.S. Constitution, Article I, section 6, clause 2, provides: "No senator or representative shall, during the time for which he was elected, be appointed to any civil office under the authority of the United States, which shall have been created, or the emoluments whereof shall have been [increased] during such time."

That language prohibits Mrs. Clinton from holding the office of Secretary of State, despite a “legislative fix” to roll back the compensation increase before she actually took office, according to a challenge by Judicial Watch, which disputed the appointment in the name of a State Department employee.

The details of the complaint are less important than the reason for it being dismissed by the U.S. District Court for the District of Columbia. The Court concluded the State Department employee lacked legal standing to bring suit.

Another similar case involves President Barack Obama, whose citizenship, and thus his eligibility to be President of the United States, has been called into question by some citizens. A number of suits have been filed, and most have been dismissed, some of them because, again, those filing the suits lack legal standing to sue a candidate or office holder.

Here is a definition of legal standing:

The legally protectible stake or interest that an individual has in a dispute that entitles him to bring the controversy before the court to obtain judicial relief.

Standing, sometimes referred to as standing to sue, is the name of the federal law doctrine that focuses on whether a prospective plaintiff can show that some personal legal interest has been invaded by the defendant. It is not enough that a person is merely interested as a member of the general public in the resolution of the dispute. The person must have a personal stake in the outcome of the controversy.

If a senator or representative is prohibited by constitutional provision from holding an office for which the body he/she served in has voted a pay increase, exactly who has standing to challenge that individual’s eligibility? If the employees of the State Department – who are sworn to uphold the Constitution and are thus prohibited from acting on orders from a Secretary that is ineligible for the office – don’t have standing to challenge their boss’s eligibility, who does have standing?

The people who question Mr. Obama’s citizenship are held in contempt by his supporters, and others who believe that Mr. Obama is a citizen as required by the Constitution. But taking the personalities and party affiliations out of the question, the fundamental issue is an important one.

Suppose for the sake of discussion that someone who isn’t a naturalized citizen manages to get through the campaign and is nominated at his/her party, wins the election and is sworn in as President, and at no time along the way was he/she required to prove citizenship. This seems an absurdly unlikely possibility, but the fact is that a candidate’s citizenship is assumed, rather than ascertained. In such a case, how do the American people remove a President from office who isn’t a citizen if no U.S. citizen has standing in the courts to bring the action?

Put another way, what is the point of having laws and established procedures on the books if no one has the standing necessary to apply them by bringing a court action?

In a country where virtually anyone can file a suit against virtually anyone else for any reason (or no reason), citizens are prohibited from filing suit against an elected leader unless they have “standing,” which seems to be so tightly defined as to eliminate nearly everyone who might believe there’s a reason to sue a leader.

If a citizen had irrefutable proof that an elected or appointed official was for some reason ineligible to hold that office, the citizen would be unable to file suit to remove the ineligible official unless he/she met the very thin definition of standing; the citizen would have to show that his/her personal legal interest had been invaded by the illegal President or Secretary in order to remove him/her from office.

And if no one has standing to sue for dismissal, or if those with standing do not sue, the ineligible official would continue to hold office. That is fundamentally wrong in this country, which prides itself on freedom and the rule of law.

For judges to view standing so narrowly in cases of eligibility to hold office is judicial tyranny. It should not be difficult to hold officials accountable to the requirements of the offices they hold or seek.