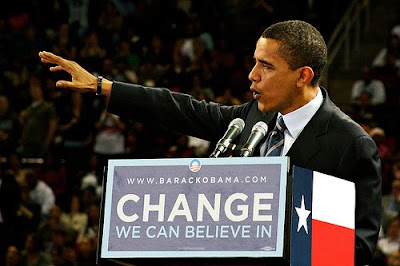 As Barack Obama approaches the end of his first year as President of the United States, the weaknesses many observers warned of during the campaign are readily apparent.

Among the criticisms leveled against him were his lack of executive experience and holding political office long enough to have benefitted from it, and his radical leftist ideology, the latter backed up by evidence both in word and deed, and through his associations with radicals like Weather Underground member Bill Ayers and the anti-America preacher Jeremiah Wright.

A majority of the electorate, however, displeased with the Republican/Bush administration, ignored those negatives, overcome by the “historic” nature of the election: At long last America had the chance to elect a black president for the first time in history, and the political appeal of that possibility overshadowed more important factors. Barack Obama won the election over a far more experienced candidate by a 53 to 46 percent margin. Not a landslide, to be sure, but a solid victory.

Barack Obama’s young presidency has attracted a great deal of criticism, much of which can be attributed to partisan politics, as was the case with the constant sniping at George W. Bush. But some criticisms are serious issues caused by Mr. Obama’s mindset, political orientation and his attitude about certain things.

In an effort to make the people of the world like us better, he traveled around apologizing for his country and its success, and in direct contrast to the Bush administration’s harder-line position on rogue nations and their leaders, he attempted to re-open some doors and present America as open and willing to talk, and see if it would bear positive results. It didn’t. If it had, his gesture would be applauded. Instead, ignoring the clear evidence that some leaders like Hugo Chavez and Mahmoud Ahmadinejad simply aren’t going to play nice with the U.S. – no matter who its president is – made him look naïve.

On the other hand, even as he continued to criticize the Bush administration Mr. Obama was forced by harsh realities to forego appeasing the world and its leaders and to maintain the Bush policies in Iraq and Afghanistan, and on surveillance and enemy combatant detention. This had the dual result of outraging his radical leftist supporters while tacitly acknowledging that Mr. Bush got some things right. Thus far President Obama looks uncertain, tentative and even confused. This is not a good sign this early in a presidency.

But more important than all of that is President Obama’s attitude toward terrorism and the degree to which that attitude permeates the various agencies within the Obama administration. It is dangerous to national security and the security of individual Americans. During the campaign and early days as president, he apparently didn’t realize that the radical Islamists really hate America – not just George Bush – and that they want to kill Americans. He and the other leftists don’t believe in terrorism, in jihad. The war on terror is a Bush construction, they believe, not an ideological war.

This sort of reasoning – if it can be called that – is, in addition to being irrational, very dangerous.

The words “terrorist,” “terrorism” and ”jihadist,” and the phrase “war on terror” were expunged from the administration’s lexicon, replaced by such Orwellian absurdities as Department of Homeland Security Secretary Janet Napolitano’s “man-caused disasters” to replace “terrorist attacks.”

Since the September 11 attacks eight years ago there have been 28 terror plots against the U.S. Twenty-six of those were thwarted directly by counterterrorism methods, many of which the Bush administration adopted after the 2001 attacks. But the Christmas Day Detroit terror plot was not discovered and thwarted like the others, and this event may have – should have – gotten Mr. Obama’s attention.

A 23-year-old Nigerian Muslim, Umar Farouk Abdulmutallab, tried to detonate a homemade bomb hidden in his underwear on a Northwest Airlines flight headed for Detroit from Europe. Thanks to a faulty detonator and a few brave passengers, the bloomer-bomber failed to kill himself and the nearly 300 others on the plane with him.

This incident has exposed shortcomings in our national security mechanisms, many of which are made worse by the pre 9-11 attitude promoted by our president and his administration. This event should shock Mr. Obama out of his socialist dream world into the real world, but it may just provide another crisis he and Rham Emanuel can exploit to further their ideological goals.

Even though Barack Obama has avoided admitting that we are at war with Islamist terrorists, we (begin ital) are (end ital) at war with Islamist terrorists. Their actions are attacks against not just buildings, or airplanes, or individual soldiers, but against the United States of America and all it stands for. Their attacks are not crimes, like stealing an old lady’s purse, a gang beating, or drunk driving.

These are attacks on our country, on America itself. As such, they deserve to be dealt with not through a criminal proceeding, but through military justice mechanisms.