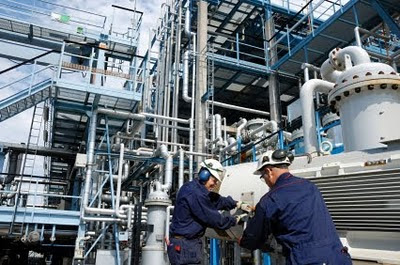 It was those same insightful folks at the White House who predicted that the stimulus package would keep unemployment at or beneath 8 percent. As we know, unemployment promptly rose to above 10 percent; the stimulus targeted pork projects, not job creation.

Creating or saving jobs is an elusive goal for this administration because it is blinded by its ideology. There really is no mystery about how to create jobs; it’s just that the way to do it challenges the basic tenets of American liberalism.

Putting all those people back to work will take some time, but a lot of real jobs – meaning lasting jobs, not government jobs and not temporary stimulus jobs – can be created much easier than through the process preferred by the administration and the Congress, which seems to involve little more than throwing a lot of the taxpayer’s money to your political friends.

A major American industry that already employs more than 9.2 million people, and that added more than two million jobs between 2004 and 2007, stands ready to add more jobs at a time when they are sorely needed. But it is more important to President Barack Obama to pursue his leftist ideology than it is to put Americans back to work. To him, health care reform and cap and trade are more important than job creation, even though the American people say in poll after poll that their main concern is job creation.

While millions of Americans suffer due to unemployment, the White House sees only an opportunity to push through its ideological agenda. You know the liberal dictum: “Never let a good crisis go to waste.”

A significant part of the problem is that these jobs are in the energy sector, and the only suitable jobs there are “green” jobs. A wise person once said something to the effect of, “Don’t let the perfect be the enemy of the good,” a piece of wisdom lost on Mr. Obama. The administration’s approach is terribly short-sighted and harmful to American workers, to the national economy and to energy security.

Indeed, at least one government agency recognizes how important these energy sources are: “The U.S. Energy Information Administration projects that oil and natural gas will supply more than half our energy in 2030 – some two-and-a-half gallons of petroleum products a day on average for every man, woman and child in the United States and significantly expanded amounts of natural gas,” Mr. Gerard said. “We need to be investing now to meet this demand. The International Energy Agency has warned that failure to develop now the oil and natural gas resources to meet future needs could lead to a supply crisis.”

Oil and natural gas companies continue to invest billions in new oil and natural gas projects, despite obstacles thrown up by government, and they are also investing in alternative technologies of their own volition, to the tune of more than $58 billion, which Mr. Gerard notes is more than either the federal government or the rest of private industry combined has invested in “green” technology.

If “green” jobs are going to be good jobs – that is, lasting jobs – it will only happen as a result of efforts like those of oil and natural gas companies and other market-oriented initiatives, not from a government mandate. In short: jobs created in the absence of a market demand will not last. And there is a recent example from which we can benefit that shows what happens when a nation tries to create “green” jobs where there is no market demand for them, as Mr. Obama wants to do.

Spain tried this not long ago, and an analysis of that experience titled “Study of the effects on employment of public aid to renewable energy sources” showed that the effort had a substantial negative impact on employment. Spain’s government promised to create between 3 and 5 million “green” jobs, but in fact lost between 6.6 million and 11 million jobs. The study’s authors state that “the U.S. should certainly expect its results to follow such a tendency.” Put simply, for every four “green” jobs created through Mr. Obama’s approach, nine Americans will lose their jobs.

Mr. Obama would be well advised to pursue domestic production of energy sources because it is the right thing to do. Not only does it make sense from a job creation perspective and from an energy security perspective, but also because it will help achieve his “green” jobs goal the right way.

If Mr. Obama will take off his ideological blinders, both unemployment and the national economy can be improved more quickly.