The free market has served us well 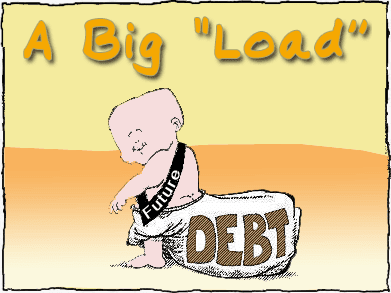 America’s economic system is under attack. The system born of revolution when the Colonists threw off the bonds of the oppressive British Crown is now itself the target of a group of revolutionaries.

In the 1770s the English colonists finally had enough of being punished with unfair taxes and tariffs and other cruelties by King George for years on end, and declared their independence, then fought and died to keep it. It took two tries to establish a structure to replace the King’s government, but our forefathers eventually wrote the U.S. Constitution establishing a government as much in contrast to the King’s rule as possible, focusing on individual freedom and limited government. The economic system that evolved was a free market capitalist system.

Economics professor Walter Williams says that free markets “are simply millions upon millions of individual decision-makers, engaged in peaceable, voluntary exchange pursuing what they see in their best interests.”

That is what our Constitution created: a system that allowed people to make their own decisions about what to make, grow, sell and buy in their own best interest – good decisions and bad ones, with little interference from the founding document, or from the limited government it created.

America was built by what was essentially free market capitalism, and over the two-plus centuries since the Constitution was drawn up and ratified, this system has served us well. It provided opportunity. It created wealth and jobs, and built our economy into the largest and most successful on the planet. It brought us thousands of new and improved products. It produced magnificent technological advances and innovation.

Yet, there are liberal elites in our country that prefer a socialistic government and they want to move away from the free market. They say that Big Business and the capitalist system don’t work anymore.

Many Americans believe the anti-free market propaganda the elites promote and they therefore support the move toward socialism. However, surveys find that Americans are generally poorly educated on the foundations and development of their country. That makes them easy prey for the elites, who are demagogues, and dishonest, to boot. These poor souls have fallen hook, line and sinker for the idea that our current problems are due to weaknesses of our free market system.

Dr. Williams believes the elitist leaders who denounce the free market and voluntary exchange think they are smarter and wiser than the masses, and know better how things should be done.

He continues: “What's more, they believe they've been ordained to forcibly impose that wisdom on the rest of us. Of course, they have what they consider good reasons for doing so, but every tyrant that has ever existed has had what he believed were good reasons for restricting the liberty of others.”

Dr. Williams tells us that these economic tyrants don’t like the free market because it doesn’t provide them adequate control over the common folk. The elites want people to do things a certain way, and they don’t trust that people will do things the “right” way if left to their own devices. So they employ certain coercive tools to mold the market to their liking, like taxation, arbitrary and onerous regulation, penalties, and the most egregious of the lot, government competing with the private sector and doing so on an uneven playing field. Think about the U.S. Postal Service and AMTRAK, and the prospect of a “government option” for health insurance.

It doesn’t require a Sherlock Holmes to see the greasy fingerprints of the Congress and the federal government in the mortgage banking crisis, which is as good an example of how meddling in the free market causes disaster as there is. Yes, it was the goofy liberal idea that everyone deserved to own a home despite their ability to pay for it that was at the base of this disaster, but both Republicans and Democrats contributed to the catastrophe through foolish policies: Not only Jimmy Carter and Bill Clinton, but George W. Bush, as well.

Economist Thomas Sowell explains it this way: “Mortgage loans with no down payment, no income verification and other ‘creative’ financial arrangements abounded. Although this was done under pressures begun in the name of the poor and minorities, people who were neither [poor nor a minority] could also get these mortgage loans. With mortgage loans widely available to people with questionable prospects of being able to keep up the payments, it was an open invitation to financial disaster.”

Once the government set the stage for the disaster through faulty reasoning and the policies that flawed process produced, human instincts took over, and the outcome was the painful economic period that still endures today.

However, the free market built our nation and served us well for a long time. Instead of destroying it, why not fix it?