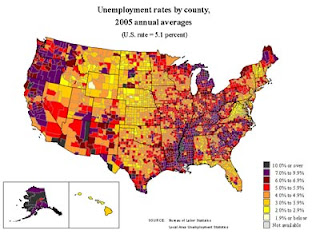 The unemployment rate and the skyrocketing deficit are the most serious problems facing the nation, something everyday Americans have known for quite a while. However, rather than take quick, sensible action to spur job creation, our elected leaders have been wasting time on ideological issues like health care reform and cap-and-trade, two measures that are not at a crisis level, and two measures guaranteed to increase unemployment.

Then on Wednesday, President Obama convened a Jobs Summit to talk about ways to create jobs.

Fox News reported that “Obama sought fresh ideas from the 130 corporate executives, small business owners and labor leaders who attended the jobs forum.” Reports also said that in addition to business and labor leaders, the Summit included representatives from think tanks and legislators. “The president said the leading question of the day is ‘how do we get businesses to start hiring again,’" the report continued.

Most of the groups assembled are unnecessary to answer the question posed by the President. Just ask employers what to do, and they could have answered that question without a trip to DC and a meeting at the White House, and without the help of legislators and union leaders, whose efforts mostly make employment more difficult.

Some doubting Thomases believe the Summit was all for show, and that is borne out by the fact that, apparently, there were no representatives from the oil and natural gas industry or industry organizations. This is baffling, given that oil and gas companies employ 9.2 million people, including as many as 1.2 million in “green” jobs created from 2000 to 2008. The oil and gas industry leads the nation in the effort to develop alternative energy technology, one of the favored projects of Democrats in Washington, and has invested more than $58 billion in that effort over that same eight-year period.

American Petroleum Institute (API) Chairman Larry Nichols and API President and CEO Jack Gerard told a media teleconference prior to the event that their industry – which represents 7.5 percent of U.S. Gross Domestice Product – is ready, willing and able to create new jobs and provide the energy that America needs to sustain a successful economic recovery, according to an API news release.

“Clearly, the White House missed an opportunity to include one of the biggest employers and wealth creators in the nation,” said Mr. Nichols, who is also chairman and CEO of Devon Energy Corp. “The gas and oil industry supports 9.2 million jobs. We know what it takes to create a job, and we know what it takes to preserve a job.”

Jane Van Ryan writes about the potential of jobs for domestic natural gas production on API’s Energy Tomorrow blog: “With more than 15 million Americans unemployed today, the industry can help, Larry [Nichols] said. To cite an example, he pointed to the jobs expected to be generated by Marcellus Shale development in Pennsylvania. According to a Penn State study, natural gas drilling and production could create 175,000 new jobs in Pennsylvania alone during the next ten years.”

Every business has deterrents preventing job creation, such as excessive regulation, punitive tax rates, and an uncertain future, as the Congress toys with health care reform and cap-and-trade legislation, both of which will increase the regulatory and tax burdens on businesses at a time when everyone acknowledges the need to create jobs. A good first step would be to reduce taxes and regulations on business, and stop scaring them with threats contained in the health care and energy legislation.

However, the oil and gas industry faces additional hurdles in a regulatory environment that makes the most likely places for new oil and gas reserves to be found off limits to exploration and further hinders exploration with an expensive and cumbersome leasing system.

President Obama could have saved himself a lot of time and the nation a lot of money by holding the Jobs Summit with Larry Nichols and a Jack Gerard. But that wouldn’t have given him the photo ops and PR advantage he so desperately seeks at every turn.

With the sort of potential that Larry Nichols points to in Pennsylvania, and the other potential jobs associated with increased oil and gas exploration both on shore and off shore, for heaven’s sake lift the drilling moratoria and eliminate excessive regulations that prevent both job creation and ending our dependency on foreign oil.