Barnum and Bailey have nothing on the U.S. Senate 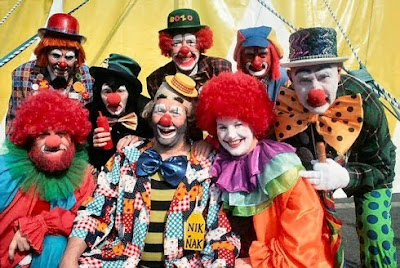 The health care destruction effort in the U.S. Congress has been a humiliating mish-mash of incoherency and chaos from the beginning, with Democrats missing one of President Obama’s deadlines after another.

Opposed on principle by Republicans, these outrageous bills in the House and Senate have split off significant factions of Democrats, who have run away from them as fast as they can.

After weeks of chewing gum- and duct tape-patching, the Senate is still so divided that the bill either may not come to a vote, or may not have the necessary 60 votes needed.

Majority Leader Harry Reid and his minions are the only ones who have some actual idea of what’s in the Senate bill, since it hasn’t actually been finalized yet, and it has been secreted away in Sen. Reid’s office while the his crew tries to put together something so that the full Senate can vote on it on Thursday, Christmas Eve, and then adjourn for the holidays.

Sen. Reid knows that if the bill isn’t passed before the holiday break – no matter how idiotic it turns out to be in this manic rush to put literally anything in a form that can be voted on – then when senators go home for the holidays, their Christmas won’t be merry and their New Years won’t be happy, as their constituents heat up the tar and tear open bags of feathers to give these unresponsive, malfeasant public servants their just reward.

Polls show the public, as we keep saying, does not support health care reform as the Democrats envision it. The questions in the following polls are phrased differently, but plainly show that support for the Obama/Democrat reform program is insufficient to warrant even a vote:

In their desperation and frustration liberals are coming apart at the seams, blaming Republicans, who have been ignored and even blocked from participating, for being uncooperative and obstructive. They have resorted to attacking Sen. Joe Lieberman’s wife because the Senator isn’t on board with this horrible bill, and then Sen. Al Franken, presiding in the Senate, refused to allow Sen. Lieberman an extra couple of minutes to finish his remarks. As Sen. John McCain said shortly after Sen. Lieberman was shushed, this was unprecedented.

Petulance and tawdry behavior now rule the Democrats in Washington.