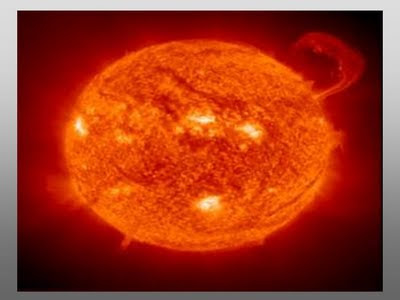 Many people reading the op-ed piece in The New York Times co-authored by Sen. John Kerry (D-MA) and Sen. Lindsey Graham (R-SC) titled “Yes We Can (Pass Climate Change Legislation)” might scratch their head at this odd alliance of political personalities.

Some would give up reading after a couple of paragraphs, since the article proceeds from the deeply flawed premise that man’s activities produce harmful air pollutants in sufficient quantities to negatively affect Earth’s environment. Those who listen to only one side of the climate change argument hold this position. They accept as fact a theory with at least as many disbelievers among climate scientists as proponents.

Even though Graham and Kerry are wrong about humans causing climate change, the odd couple makes some points later in the article that are right on target. They acknowledge, for example, that “for the foreseeable future we will continue to burn fossil fuels.” While emphasizing the need for environmental sensitivity and protecting the right of coastal states, they acknowledge that in the near term we should focus on breaking our dependence on foreign oil by harvesting oil and natural gas reserves off shore and from within US boundaries. This piece of common sense escapes most liberals.

They even go so far as to acknowledge the need to pursue clean coal technologies, and to stimulate research with financial incentives, because the “United States should aim to become the Saudi Arabia of clean coal.” Kerry and Graham also endorse the increased use of nuclear energy. Still more common sense.

But they have a naïve idea of what the proposed cap and trade system will produce: “… we are advocating aggressive reductions in our emissions of the carbon gases that cause climate change. We will minimize the impact on major emitters through a market-based system that will provide both flexibility and time for big polluters to come into compliance without hindering global competitiveness or driving more jobs overseas.”

Those two goals are, of course, mutually exclusive: it is not possible to aggressively reduce emissions without creating economic problems both for businesses that burn fossil fuels and for the people who purchase their services and products. Even President Obama recognizes this and has commented on it. During the campaign, candidate Obama told the San Francisco Chronicle that “under my plan of a cap and trade system electricity rates will necessarily skyrocket.” And so will the price of everything relying upon and using electricity. Acknowledging this reality, but with a tremendous amount of understatement, Graham and Kerry say, “We recognize there will be short-term transition costs associated with any climate change legislation, costs that can be eased.”

The two senators warn that we had better pass whatever measure they develop, because, “If Congress does not pass legislation dealing with climate change, the administration will use the Environmental Protection Agency to impose new regulations … [which] are likely to be tougher and they certainly will not include the job protections and investment incentives we are proposing.”

The warning about the excessive actions of the EPA is a very real concern. Just ask the people of Virginia and West Virginia, where the federal agency’s manic war against coal mining promises to wreck local and state economies. The EPA has been aggressive against coal mining projects for years, and since the U.S. Supreme Court ruled two years ago that carbon dioxide is a pollutant under the Clean Air Act, and encouraged the EPA to regulate this essential and naturally occurring gas, things have not improved.

However, just because an out-of-control federal agency, acting on an over-reaching court ruling, may take the opportunity to itself over-reach, that is not a reason to hurriedly enact legislation that is only slightly less dangerous to the national economy than what the EPA would do.

Perhaps it’s progress of a sort that two senators who still believe in manmade climate change do at least recognize the necessity of fully utilizing conventional energy sources by opening up currently closed areas for oil and natural gas production, and pursuing clean coal and nuclear technology, at least until new alternative sources are developed enough to make a noticeable contribution to the nation’s energy needs.