Democrats continue to mislead on the energy issue 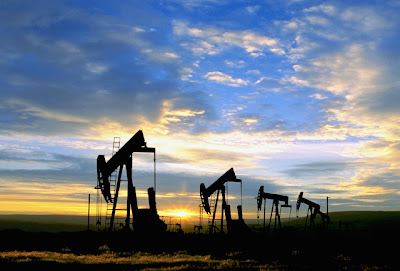 Our government still has not figured out what to do about the dependence on foreign oil that everybody agrees is an unacceptable situation.

The sensible thing to do, of course, is to produce more oil and natural gas from sources within the United States and off the coasts, and the sooner, the better. “Drill here, drill now” is not just a slogan; it’s a prescription for energy independence.

The 30-year old ban on offshore drilling along the Atlantic and Pacific coasts expired a year ago, and yet the federal government has sat on its hands, allowing time to pass without moving to reduce the need to buy oil from countries that are unfriendly to us by opening up these areas for exploration.

Instead, our elected representatives have busied themselves with other things, including an unrealistic focus on immature “green” and alternative energy sources, while accessible oil and natural gas supplies lie undisturbed within our reach.

Both the House of Representatives and the Senate each have bills that would not just delay sensible development and progress, but punish the American people needlessly. The House put forth the Waxman-Markey bill last summer which passed by a thin seven votes, and just this week the Kerry-Boxer bill was brought forth. Both are cap-and-trade measures that will cause enormous problems.

American Petroleum Institute President Jack Gerard issued the following statement on the Kerry-Boxer climate bill: “Unfortunately, the Kerry-Boxer legislation is beginning to look a lot like the House’s Waxman-Markey bill and a loser for American consumers. We can do better. If the Kerry-Boxer approach mimics the House bill, as early indications suggest, it will undermine our energy security by making American consumers more reliant on foreign sources of refined products, kill jobs and increase fuel costs.”

While the leadership in Washington plays politics and ideological football with energy policy, the people they work for languish. Either of these bills will place significant pressure on the existing job levels in the oil and natural gas industry, which supports nearly 10 million jobs today, will also push the costs of fuel higher, and will increase, not reduce, our dependence on foreign oil.

Conversely, increasing domestic oil and natural gas production will create jobs and keep prices low, and has the added advantage of having no detectable effect on global climate change/global warming/global cooling.