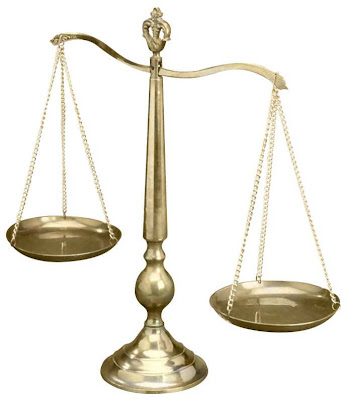 As if Michigan isn’t having enough trouble with the effects of the recession and the ailing auto industry, some of its citizens are suffering under laws and enforcement policies that simply defy common sense.

Each morning before the school bus comes to pick up kids in Irving Township, Lisa Snyder allowed the children of three of her friends to come to her house about an hour before school to wait for the bus. “Well, we can’t have that sort of thing going on,” state Department of Human Services employees said, and sent her a letter telling her that she was in violation of a law against operating an unlicensed day care center, which prohibits anyone from caring for unrelated children in their home for more than four weeks each calendar year unless they are a licensed provider.

Obviously, this action frightened Ms. Snyder and has angered her friends, but it also got the attention of Governor Jennifer Granholm and some state legislators, who are now at work fixing this legislative folly, and hopefully correcting the idiotic bureaucratic thinking that drove the state agency to persecute a woman for helping her friends.

But Michigan is not alone in having goofy laws and dopey bureaucrats. Vermillion County, Indiana, Prosecutor Nina Alexander said that she is proud to be "enforcing the law as it was written" by prosecuting a grandmother for buying two boxes of cold medication in less than a week. Horrors!

Sheriff Jon Marvel of neighboring Vigo County took the opportunity to show his concern: “I feel for [the grandmother], but if she could go to one of the area hospitals and see a baby born to a meth-addicted mother …” she would what? Not buy the cold medicine she needs?

Cold medications of the type that grandmother Sally Harpold purchased can be used to make methamphetamine, as it turns out, and there is a law that prohibits anyone, even someone with a cold, from purchasing two boxes of it in less than a week, a legal concept that has several logical fallacies.

Ms. Alexander admits that Ms. Harpold had no intention of making meth with the medicine, but, hey, so what? Everyone knows that the way to prevent babies from becoming addicted to meth is to arrest grandmothers who buy cold medication.

"The public has the responsibility to know what is legal and what is not, and ignorance of the law is no excuse," Ms. Prosecutor said. But does the public not also have a reasonable expectation that laws will be rational and bureaucrats will use common sense?

And, if the ingredients in cold medicine are potentially harmful, wouldn’t it be more effective to regulate them on the sales side rather than prosecuting innocent grandmothers, who probably have no idea they are doing something illegal when they buy two packs in one week?

Many stupid laws are on the books in most every state. In Huntington, W.Va. for example, it is legal to beat your wife so long as it is done in public on Sunday, on the courthouse steps.

In Massachusetts, an old ordinance declares goatees illegal unless you first pay a special license fee for the privilege of wearing one in public. And, all men must carry a rifle to church on Sunday.

Animals are banned from mating publicly within 1,500 feet of a tavern, school, or place of worship in California, a state that also prohibits a vehicle without a driver from exceeding 60 miles per hour.

Such laws are routinely ignored by law enforcement agencies, as they should be, because most public servants employ common sense, unlike the aforementioned ones in Michigan and Indiana.

How do you explain the creation of carelessly designed laws such as those cited, and the mindless behavior exhibited in their enforcement? There seems to be an epidemic among public servants, many of whom have forgotten that they exist only to serve the best interests of the citizenry.

Most laws, even the goofy and intrusive ones, are written with good intentions in mind, but as we have seen over the last forty-plus years of increasing government intrusiveness, good intentions often produce undesirable results, because the public good is not uppermost in the minds of public servants.

Overzealous lawmaking is not limited to the individual states, however, and one of many examples of federal malfeasance is the effort by Congress and the administration to devastate the existing health care system because it serves only 90 percent of our legal population adequately. The examples of legislative impropriety in this exercise are legion. One proposed component of this unwarranted government intrusion would fine or perhaps jail anyone who does not purchase health insurance.

That is both absurd and intolerable. What aspect of the history of how and why our country was established inspires a lawmaker to even imagine such un-American ideas?

Public servants need to be reminded of their sworn duty to uphold their oath of office and to serve the interests of the people. Examples of failure in these areas abound, and it may take a few of them being driven from office to get their attention.