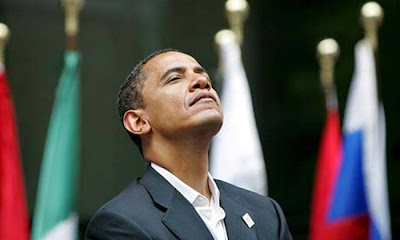 Van Jones’ sins are well known at this point: He called conservatives a vulgar name, to the cheers of his radical audience. He accused white people of deliberately polluting black neighborhoods and he signed on to a movement that accused the US government of being behind the 9-11 attacks, or that at least it knew of them in advance.

And, most significantly, he is/was an avowed communist.

Mr. Jones told the East Bay Express in 2005 (from examiner.com): “I was a rowdy nationalist on April 28th [1992], and then the verdicts came down on April 29th. By August, I was a communist. (...) I met all these young radical people of color – I mean really radical: communists and anarchists. And it was, like, 'This is what I need to be a part of.' I spent the next ten years of my life working with a lot of those people I met in jail, trying to be a revolutionary.”

It is undeniable, by even the most confused denier, that Van Jones was, during one significant period in his life, a communist. For most of his adult life, according to incontrovertible evidence, he was a radical leftist, and remains one today.

So, Barack Obama certainly knew who Van Jones was before he brought him into the White House. But what were the “inside baseball” reasons to hire him?

Here’s columnist Ben Shapiro’s thinking: “He picked Jones because he is deeply insecure about his racial status. Despite his repeated insistence that he is the culmination of the American dream of racial unity, Obama surrounds himself with racial radicals -- and he has for decades. Obama's associations with black communist Frank Marshall Davis during his teenage years, his apprenticeship to Rev. Jeremiah ‘God Damn America’ Wright during his adult years, and his continuously comfortable relationships with racialists like Cornel West and Van Jones demonstrate his commitment to racial polarization.”

He goes on: “The Van Jones story isn't about another radical federal employee or even about President Obama's addiction to executive authority (he has appointed over 30 czars with whom he meets regularly, but he has held just one cabinet meeting since his inauguration). The Van Jones story is about our president: a man who fills the void in his emotional past with ‘authentic’ black men who have no interior struggle for definition.”

And he concludes with this: “President Obama's pathologies are playing out before us on a national stage. Unfortunately, the policies and appointees his pathologies produce are not merely wrongheaded -- they are dangerous. How much racial polarization and economic and international instability must we endure to fill the hole that Barack Obama Sr. left in his son's heart?”

Joseph C. Phillips believes that the “reason the president surrounds himself with radical leftists like Van Jones is because on this point he is in fundamental agreement.”

And he asks this: “Quick question: how many Marxists, Communists, Domestic Terrorists and raving racialists does the President get to associate with before reasonable people can assume that the president on some level shares their particular vision of America?”

Good question. When, if ever, are good Americans going to demand that Barack Obama behave like a real president should?