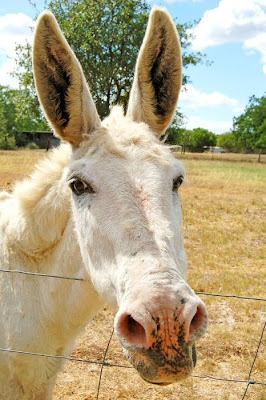 I do not suffer fools gladly. The name “Kanye West” has intruded on my consciousness twice in the last few years – two times too many – and both times it was associated with idiocy.

The last of those was when KW charged onstage at the MTV Video Music Awards and interrupted Taylor Swift’s acceptance remarks by yanking the microphone from her hand to complain to the world that someone he liked better hadn’t been selected.

Gross stupidity arouses curiosity, sometimes, and this was one of those times. I figured if this dope managed to do something stupid enough twice to get my attention, maybe I should at least know who he is. So I looked him up.

I found that he is a rapper, which gets him no plus points from me, given that rap is musically inferior, and so much of it is vile, vulgar, and misogynistic. I also learned that he released his debut album The College Dropout in 2004, and his second album Late Registration in 2005. The titles say a lot.

In 2005, during a benefit concert for Hurricane Katrina relief, KW lost another bout with idiocy and deviated from the script he was reading to announce his opinion that then-President George Bush didn’t care about black people. He later appeared on the cover of Rolling Stone magazine as Jesus with a crown of thorns on his head.

In response to his latest doltish episode, he told Jay Leno that the reason he was a jackass at the awards show was that he hadn’t fully gotten over his mother’s tragic death a while back. Right.

As nearly as I can determine, KW has provided zero positive energy for humanity. He is obviously one of the many self-absorbed boneheads that litter the world and hasn’t yet realized his own insignificance. He is fortunate to live in a time where bad behavior is not punished, and, indeed, is often celebrated. Had he done these things in the 40s and 50s, he would have been ostracized and never heard from again. Oh, for the good ol’ days, when character counted, and was expected.

Here’s a little advice that KW will never see, and is unlikely to take even if he saw it: Grow up. You’re over 30 years old; you’re not a child anymore, and you’ve not earned the right to behave like a troll.

KW should apologize to the world for the last several years of living, and exile himself to the North Pole where he can busy himself protecting the ice cap and bears from the ravages of global warming, and spare the rest of us from the misery of observing his screwed-up life.