Palin continues to confuse her enemies 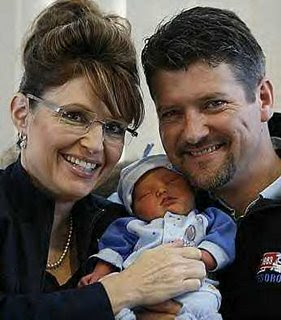 Alaska Governor Sarah Palin continues to confound political observers. The woman whose sudden entrance onto the national political stage so badly confused the liberal machine last fall has just as suddenly announced her departure, unexpectedly announcing her resignation as Governor last Friday, less than three years into her term.

You can evaluate Mrs. Palin’s political effectiveness by looking at how people reacted to her. The barrage of gutter-level personal attacks after Sen. John McCain chose her as his running mate was swift and vicious. So badly flummoxed was the opposition that they stooped to personal attacks that targeted the Palin children, which successfully demonstrated the lack of class and civility of the attackers, and actually helped Gov. Palin.

This strategy found a new low when comic David Letterman suggested that Mrs. Palin’s 14 year-old daughter had had a sexual encounter with a baseball player during a game at Yankee Stadium. He then made disparaging remarks about the Governor’s appearance.

Is this the best the left can do?

Gov. Palin’s enemies in Alaska pursued ethics charges against her that lacked merit, but were expensive to defend, and proved to be a substantial distraction. Politics can often be a dirty game.

The Democratic National Committee committed an unforced error with this reaction: "Either Sarah Palin is leaving the people of Alaska high and dry to pursue her long shot national political ambitions or she simply can't handle the job now that her popularity has dimmed and oil revenues are down. Either way – her decision to abandon her post and the people of Alaska who elected her continues a pattern of bizarre behavior that more than anything else may explain the decision she made today."

Even if every slam against Mrs. Palin in that statement was true, you’d think the DNC would be happy that its enemy is stepping down. Message to the DNC: Sometimes it’s better to just keep quiet.

What millions of Americans like about Mrs. Palin is her basic “normalness”: She is one of us. An attractive wife and mother, college educated, a church-goer, a person with a simple lifestyle, a woman who willingly gave birth to a Down syndrome child instead of aborting it … she could be our next door neighbor. And that is what freaked out the opposition so effectively. Her broad, “normal American” appeal presented an image contrary to everything the radicals believe in, and the only way they could neutralize that appeal was to attack her personally and try to belittle her. But that tactic failed.

Would Sarah Palin have been a good Vice President? Like everyone else, she has weaknesses, and despite her natural appeal didn’t always come across as someone that could run a country. She isn’t a polished and eloquent speaker, but then, consider Joe Biden’s frequent gaffs. She doesn’t have foreign policy experience, but then neither does Barack Obama. However, unlike Mr. Obama, Mr. Biden and Sen. McCain, she does have executive experience as a mayor, the head of a state commission, and a governor. And she has proven that she will take on entrenched political factions and win.

So the jury is still out on that question. But the opposition must have been worried, given its frenzied attack strategy.

Suddenly stepping down as governor in mid-term, however, has everyone wondering what is going on, including her supporters. Even the most positive evaluations say this move is risky if Mrs. Palin hopes to have a future in politics. With the decision to walk away, she has branded herself a “quitter,” despite whatever good reasons she may have for stepping down. And, predictably, her enemies are having a field day playing guessing games.

She’s fed up with the pettiness of her opposition and with the nastiness of politics, and the toll her sudden prominence has taken on her children, who are supposed to be off limits from the normal sewer-tactics of the political game. In her statement last Friday, she said: “Political operatives descended on Alaska last August, digging for dirt. The ethics law I championed became their weapon of choice. Over the past nine months I’ve been accused of all sorts of frivolous ethics violations – such as holding a fish in a photograph, wearing a jacket with a logo on it, and answering reporters’ questions. Every one – all 15 of the ethics complaints have been dismissed.” But there are still hundreds of thousands of dollars in legal bills to pay. Who could blame her for wanting to escape that?

But maybe there is something ugly lying beneath the surface yet to be discovered, an actual scandal, instead of a made-up scandal. Right now, nobody knows for sure, and until something substantive actually comes to light, everyone would be well advised to keep quiet, behave themselves, and make an honest effort to be mature, responsible adults.

There is a strong feeling that those expectations are too high.