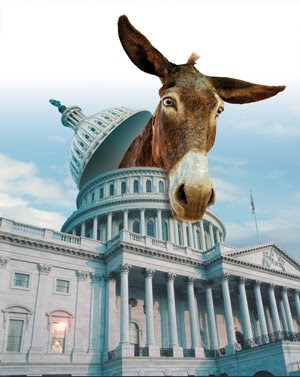 Depending upon whom you ask, the U.S. either has the best health care in the world, or really bad health care. The two main complaints are that health care is too expensive, and that too many Americans don’t have health insurance, and therefore lack access to adequate care. Both issues must be considered in perspective.

The U.S. Census Bureau tells us that in 2007, the last year for which it has data, the number of people with health insurance increased to 253.4 million, and the number without health insurance dropped to 45.7 million, or 15.3 percent. Given the current economic situation, more people now don’t have insurance.

However, consider that among those without coverage 9.2 million are in households earning $75,000 or more, 9.7 million are illegal aliens and non-citizens, and many don’t have coverage for three months a year, or less. At worst, the number is closer to 30 million, about 10 percent of the actual citizen population. The United States government should not concern itself with whether people who are not citizens have health insurance, nor be concerned whether citizens with the means to purchase insurance decide not to.

Some factors in the high cost of health care are:

• The U.S. has the latest medical technology in the world, and more of it than other countries, especially those with national health systems. That technology is expensive: Late generation scanners, for example, cost $1.5 million to $3 million each, and we have lots of them.

• We have the best pharmaceuticals available, although it takes too long to get through the research and development and approval phases, and new drugs are expensive. According to MedicalNet.com, “it takes an average of 12 years for an experimental drug to [get] to your medicine cabinet … Only 5 in 5,000 drugs that enter preclinical testing progress to human testing. One of these 5 drugs that are tested in people is approved. The chance for a new drug to actually make it to market is thus only 1 in 5,000.” A U.S. Department of State publication says, “Estimates about the cost of developing a new drug vary widely, from a low of $800 million to nearly $2 billion per drug.”

• There are also: tests and procedures done as defensive medicine; malpractice insurance for doctors that costs tens of thousands a year; costs from excessive malpractice awards and frivolous lawsuits; costs resulting from complying with arguably the most complex, confounding and frequently amended set of regulations of any industry; fraud, abuse and inefficiency in Medicare and Medicaid programs; and the payment deficit of Medicare/Medicaid reimbursements that other patients have to pay.

Many of these costs can be lowered through thoughtful effort, but health care is similar to hotel rooms in terms of cost: The Ritz Carlton costs more than the Flea Bag B & B, and our health care is at the Ritz end of the spectrum, both in cost and quality.

Before we turn our system into the Flea Bag B & B we ought to know how Americans feel about their care. A poll by the University of Texas Health Science Center at Houston and Zogby International revealed that Americans oppose the House of Representatives' reform bill 50-42.

Other points from the poll:

Congressional Budget Office director Doug Elmendorf told the House Energy and Commerce Committee in March that creating a system where a public plan could compete on a level playing field against private coverage would be “extremely difficult.” In April, the Lewin Group health care consultant firm found that premiums for the public option plan would be 30 to 40 percent lower than private plans.

With this in mind, nine Republican Senators told President Obama in a letter that “Washington-run programs undermine market-based competition through their ability to impose price controls and shift costs to other purchasers. Forcing free market plans to compete with these government-run programs would create an unlevel playing field and inevitably doom true competition. The end result would be a federal government takeover of our health care system, taking decisions out of the hands of doctors and patients and placing them in the hands of a Washington bureaucracy.”

The House plan will inevitably produce rationing of care like that in England, Canada and other countries with socialized medicine, where patients wait months for procedures and to see a doctor. The critically ill and elderly are expected to suffer or just die because the best treatments are too expensive or not cost effective for someone their age.

A government-run health system like the statists in the administration and Congress want is probably better than no system at all, but it is vastly inferior to what we have now, even with the existing problems. And they can be fixed.