Government healthcare is a cure that is
worse than the disease 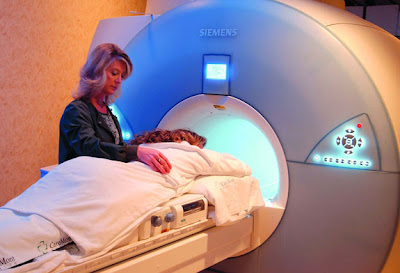 A CNN/Opinion Research Corporation survey shows that 72 percent of those questioned recently say they favor increasing the federal government’s influence over the country’s health care system in an attempt to lower costs and provide health care coverage to more Americans. Other recent polls show six in 10 think the government should provide health insurance or take responsibility for providing health care to all Americans.

It defies understanding that so many Americans want even more government in their lives than they already have, and make no mistake — there is a lot of government in our lives. This is particularly puzzling in view of certain specific information indicating that Americans really don’t trust their government. For example, Congress’ approval rating fell to 9 percent year last, the lowest in history, and a Rasmussen Reports survey showed that nearly one in three Americans believe congressmen are corrupt.


Yet, when a serious problem arises Americans almost instinctively say, “Government should do something about this,” as if the government actually can fix things. But, evidence to support that point is thin, indeed.

Let’s look at a few government efforts. Under the guiding hand of Congress Social Security and Medicare have accumulated an unfunded liability of $101 trillion, and Medicare routinely pays health care providers far less than they charge, putting financial stress on providers and encouraging many physicians to stop treating Medicare patients. Not a success.

Congressional efforts to create “affordable housing” created today’s financial calamity. It was Congress that enacted the Community Reinvestment Act that “encouraged” banks to make home loans to people who couldn’t afford them; it was Congress that established Fannie Mae and Freddie Mac; and it was Congress that pushed for even more irresponsible lending practices. Congressman Barney Frank, as a member of the House Financial Services Committee in 2003, said the following: “I believe that we ... have probably done too little rather than too much to push [banks] to meet the goals of affordable housing and to set reasonable goals ... I want to roll the dice a little bit more in this situation towards subsidized housing.” Success?

How about Amtrak? Forty years and billions of dollars after taxpayers bought Amtrak, supposedly for just three years, the government is still operating Amtrak, and at a loss, despite the fact that Amtrak is a monopoly. No success there, either.

How about the Department of Energy? President Jimmy Carter — the guy who signed the Community Reinvestment Act into law, the first step down the crooked path to today’s mortgage bank crisis — declared in 1977 that achieving energy independence was the “moral equivalent of war,” and in August President Carter created the United States Department of Energy, intended to manage America’s energy crisis and end our dependence on foreign oil.

Through the years the size and cost of the DOE has grown substantially. In 2008 the Energy Department budget grew to $24 billion, and it had 115,000 employees. You’d think that over the 32 years of its existence a department with that many people spending that much money could figure out how to make us energy independent by now, wouldn’t you? But then Congress prevents American energy companies from drilling for our own oil and gas supplies, unless they spend a fortune on crap-shoot leases, and run an expensive regulatory obstacle course.

Despite this impressive list of dismal government failures our young president proposes further reductions in Medicare and Medicaid reimbursements and wants the federal government to become even more involved in the delivery of your health care.

If Medicare paid 100 percent of charges that would have put $525 billion into the system that private insurance and self-pays now have to pay, would that bring the price of health care down?

According to an analysis by the Heritage Foundation, the Kennedy reform bill, the Affordable Health Choices Act, creates a “Medical Advisory Council” that would determine “essential health benefits” to be included in “qualified health plans.”

Which benefits will the Council consider “essential” and which ones will it not? Will those “qualified health plans” that meet the government’s demands be anything like the one you have now?

They tell us that they won’t replace our insurance coverage if we want to keep it, and won’t interfere between us and our doctor, but it doesn’t work that way anywhere else that has government health care. Long waits to see doctors and get care are the results of government health care, and rationing care is the mechanism for cutting costs.

When you consider supporting nationalized health care, remember the lessons of Amtrak, the DOE, easy home loans, and the experience of other countries.