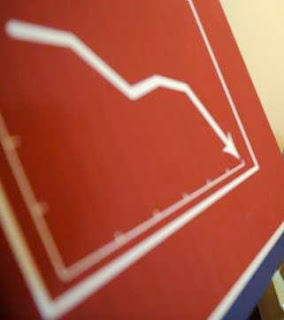 Ah, California. That magical land that is the nation’s trend-setter, home of Disneyland and the Hollywood film industry, and so many other things, good and bad, beautiful and ugly.

California is in big trouble. Its tax revenues were down $1.9 billion in April, normally the largest month for collections, and its budget deficit could swell to $24 billion by the end of the fiscal year in June.

The state’s government has spent itself into a hole.

According to the San Jose Mercury News website, the programs “that received most of that money are priorities that Californians broadly support or have demanded at the ballot box: tougher prison sentences for criminals, health care for uninsured children and an aging population, and a cut in the ‘car tax’ that they pay every year to register their vehicles.” All those are worthy things, but except for the car tax, they aren’t free; they cost money.

The state auditor blames both political parties for shirking their responsibility for the last 10 years. “Like homeowners paying off one credit card with another,” the Mercury News said, “they used accounting gimmicks and more debt, rather than raising taxes or cutting spending, to balance the books.”

But having high enough taxes doesn’t seem to be the problem: California has the eighth highest corporate income taxes in the U.S., as well as the nation’s most progressive income tax scheme, and the 13th highest state and local sales tax burden in the nation. The Tax Foundation says that Californians face the nation’s 6th highest tax burden.

U.S. Rep. Tom McClintock, a California Republican, said the problem is that the bureaucracy has grown too large and powerful, pays workers too much, and it is difficult to fire government workers when needed. He said many government functions should be outsourced to private firms. “We’ve got to put our wardens back in charge of prisons, and principals back in charge of teachers, and introduce competitive pressures back into those systems,” he said.

Californians have earned much of the misery their state now experiences, by electing a liberal legislature that has created a system of high taxes and high spending. It is a heavily one-party state, voting for Barack Obama 61 to 37 percent. Things are just as lopsided in the state Legislature, with the State Senate 62.5 percent Democrat, and the State Assembly 63.75 percent Democrat. Its Congressional delegation is also heavily Democrat, with that party holding 62.26 percent of the state’s seats in the House of Representatives, and both seats in the U.S. Senate.

Democrats love high taxes, high spending, and big government, but the last three governors, two of them Republicans, have contributed to the out-of-control spending. According to Adam Summers of the Reason Foundation, California’s government spending explosion began “when Gov. Pete Wilson [R] took office in 1991, and the state budget was $51.4 billion. When he left eight years later, it was $75.3 billion. After five years of Gov. [Gray] Davis’s [D] administration, the budget had jumped to $104.2, and after another five years under the stewardship of Gov. [Arnold] Schwarzenegger [R], it has continued to increase significantly to its present level of $144.5 billion. In just the last 10 years state spending has nearly doubled, increasing approximately 92 percent.”

California now is forced to do what it ought to voluntarily have done years ago: cut spending and reduce government.

An Associated Press story reported that Gov. Schwarzenegger plans cutbacks to counter the budget deficit that could include ending the state’s main welfare program for the poor, eliminating health coverage for about 1.5 million poor children, halting cash grants for about 77,000 college students, shortening the school year by seven days, laying off thousands of state workers and teachers, slashing money for state parks and releasing thousands of prisoners before their sentences are finished.

“I understand that these cuts are very painful and they affect real lives,” Gov. Schwarzenegger said. “This is the harsh reality and the reality that we face. Sacramento is not Washington — we cannot print our own money. We can only spend what we have.” He also has advocated selling state assets to raise cash, including the Los Angeles Memorial Coliseum and San Quentin State Prison.

The Democrats who control the Legislature do not want major spending cuts, but so far they don’t have another plan for narrowing the deficit. And if their solution is higher taxes and more borrowing, they will only compound the situation.

The message everyone ought to take from this sad story is that high taxes, high spending and a large bureaucracy are a prescription for disaster. And we also had better take note of the similarity to what our federal government is doing.

Philosopher George Santayana said, “Those who cannot remember the past are condemned to repeat it.” California’s self-imposed predicament is a graphic illustration of what happens when politicians put political goals ahead of sound fiscal policy. We must not fail to take note.

The federal government has been doing this for years, but until now its political excesses and fiscal irresponsibility haven’t threatened the nation with disaster.