It is usually an accident when as a child you discover that when if put your hand in a fire, you get burned. That nasty feeling teaches you not to do that again.

As a child, we may have willingly done something that we were told by our parents or some authority figure not to do, or perhaps we failed to do something we were told to do. I learned as a youngster that when mom or dad told me something, I had better listen, or I would not like the consequences.

Some people either have not learned certain lessons, or have not been exposed to situations where they can learn, and the world is plagued by folks who don’t understand the concept of “consequences.” They think they can do pretty much what the please without consequence. 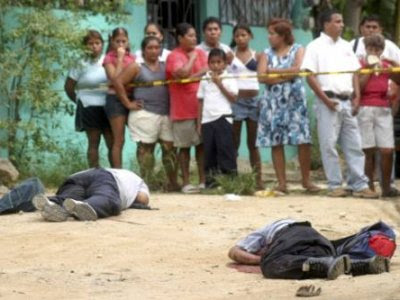 One example is the gangs crossing the border from Mexico into the U.S. for the purpose of trafficking in drugs, and in the process injure or kill or kidnap Americans. They do this because they believe the rewards of these actions are greater than the price they may have to pay for doing them. That’s because they haven’t seen what the price is. It is our job as Americans to teach these thugs a lesson, whether it be through government action, or through the action of private citizens who are fed up with this violence, and here is how I propose that be done:

We put people in the trouble areas who will secretly watch for incursions across the border, and when the thugs cross the border, we do not arrest them and bring them into the U.S. justice system where they will be incarcerated, and provided legal counsel and a trial at taxpayer expense. No, we don’t coddle them; we blow them away, and leave the bodies on the Mexican side of the border to leave a strong message for survivors or others looking to get into drug trafficking that you had better not do that. Period.

This is a tough lesson for these creeps, but they asked for it.

It is also simple, inexpensive and effective.

Email ThisBlogThis!Share to TwitterShare to FacebookShare to Pinterest
Labels: Crime and Punishment