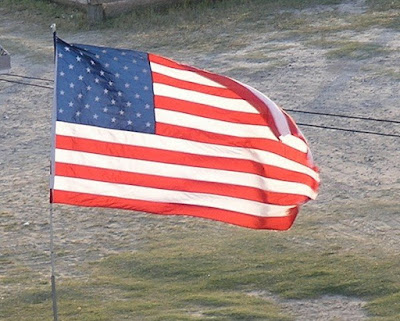 Monday wasn’t a special day, at least in terms of our activities. It was special, of course, inasmuch as it was Memorial Day, a day to remember those who have sacrificed their bodies and their lives so the rest of us can live in relative comfort and freedom. Actually, it is to memorialize all military service personnel, but as one who served but did not see action I can say with some authority that the people really deserving of our respect are those that did see action.

The kids got up relatively late and we didn’t hit the road until around noon. We had a decent lunch at a place called the Tiki Seagrille and Bar, where I had a burger with a crab cake on top and some O rings. we headed toward the Virginia Beach strip. Back in the day, that was a place of action, with beach clubs where the bands I was in played. Places like the Peppermint Beach Club and the Top Hat. Believe me when I say that if someone had blindfolded me and dropped me off on Atlantic Avenue, when I took off the blindfold I would have had absolutely no idea where in the world I was. Forty years changes everything. No more beach clubs and quaint hotels. It’s all modern new building without even a trace of the places of the good old days.

We spent the afternoon in a couple of malls. Yeah, I know: that’s sad.

We got back to the condo about 6:30, had some wine on the porch and watched the sun go down. Very pleasant, except for a stiffer-than-desirable breeze, as witnessed by the flag in the photo.

I actually found myself shouting obscenities at some bikers today. Those blasted things are louder than anything reasonable; just plain obnoxious, breaking the serenity of the area with that absurd racket. Maybe I just don’t understand bikes, but it seems to me that you ought to be able to have a fine machine that gives you the pleasure you seek without deafening those poor souls with the misfortune to be nearby when you decide to head off into the wind.

My first encounter with a motorcycle was when I was pretty young, about 8 or 10, or maybe 12. The guy who lived up the alley had a green Indian that suitably impressed us youngsters. Bill was his name, and he was a good guy. I don’t remember his bike being deafeningly loud. The next encounter involved three guys in high school, Tommy, Bobby and Freddy. Two of them had Harley Hummers and the third one that had a Zundapp. It was a German bike. None of them was loud, even the Harleys, but the Zundapp just kind of purred. I hitched a ride with those guys a time or two.

When I was in the Air force, my friend Jim had a Honda 425 (I think), and I actually rode that one by myself. It was quite a kick.

For dinner, we walked across the street to the Baja Restaurant, where a pretty good dinner was had by all. My choice: Sea food au gratin, green beans and roasted red potatoes. Diane had BBQ ribs, Ryan had crabbed flounder, Kath had the Thai chicken skewer, and Christen had just some chowder (she is tiny and has a small apetite). Good fare for all.

Hopefully, tomorrow is a beach day.