Why Hillary Clinton Must Not Become President

Author’s Note: I am going to discuss a few comments made by Sen. Hillary Clinton in an interview on NBC’s Today show with Meredith Vieira last week. So as to not be accused of taking her comments out of context, at the end of my column is a link to the text of the interview. 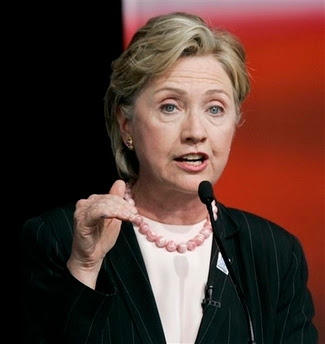 Why shouldn’t Hillary Clinton be President of the United States? Ask fourteen people that question and you will likely get a different answer from each one. For a lot of us, it is her perspective on the role of government in the lives of Americans.

Listening to Sen. Clinton describe the current state of affairs is not unlike some of those ridiculous TV commercials, like the one for especially sharp knives, where someone massacres a tomato with a dull knife to set you up for their much better product, or another one where someone attempts to cut a straight line with a scissors, obviously not trying to cut straight, hoping that you’ll purchase their straight-cutting device. Or the Billy Mays spot for a remote light switch that can be used to turn lights on and off from a distance in which a woman has to get out of bed and walk across the bedroom to turn off the light, as if people do not commonly have a lamp within arms reach of the bed. These commercials and Sen. Clinton both use the same tactic: exaggerating circumstances to make their “product” seem more desirable. Sometimes it is; sometimes it isn’t. In Sen. Clinton’s case, it most often isn’t. In her defense, however, hyperbole is a common weapon of politicians.

First, she alluded to “whether we're going to have an economy that works for everybody again. We sure haven't for the last seven years.” Now, there are plenty of people willing to subscribe to that point of view, regardless of its accuracy. However, regardless of one’s perspective anyone trying to make the case that the economy for the last seven years has been bad has a tremendous challenge ahead of them. Is everyone prospering? Are there no people suffering? Of course some are suffering and some aren’t prospering, but it has always been thus. And here’s a note to Sen. Clinton: Nothing you say or do is going to change that.

At another point Sen. Clinton offered: “You know, whether we're going to stop the home foreclosure crisis before, you know, more families like the ones I've met throughout Ohio who are, you know, just devastated because they're losing their homes.” (You know?) But the home foreclosure “crisis” is a small part of the total housing market and it is almost entirely in the sub-prime sector, which comprises less than seven percent of the total mortgage market. Sub-prime loans are provided to people who because of their financial situation don’t qualify for conventional financing, so we should not be surprised that many of them can’t make their payments. While this problem affects a lot of people, and while that is very unfortunate, sub-prime mortgages are a risk for both lender and borrower, and when many borrowers fail to make their payments, it does not constitute a national crisis. The problem is a small one in terms of the entire housing market, and an even smaller problem in terms of the entire US economy. Even so, she says, “there's no reason why our country would leave so many people in such a state of pain, anxiety and insecurity, and I think it's wrong.”

And later she over-generalizes about the current administration: “And basically, you know, [Sen. McCain’s] policies are more of the same when it comes to President Bush's failed policies.” Is she talking about Sen. McCain’s foolish position on illegal immigration?

Now that we have looked at examples of Sen. Clinton’s view of the world and her fondness for hyperbole, we can look at how she proposes to fix those problems, and that is where the real trouble begins.

What a striking difference there is between Hillary Clinton’s perspective on the American people’s expectations of their government and the attitude toward government in the mid-18th century when the colonists fought and died to cast off the oppressive British government. What a difference between her dream of a government that solves the day-to-day problems of Americans and how Americans during the westward expansion viewed things, when a life fraught with challenges, hard work and often unsatisfactory living conditions was the norm. And what a dramatic change her perspective is from President John F. Kennedy's famous quote "Ask not what your country can do for you. Ask what you can do for your country.”

Even more unsettling is that a growing number of Americans expect their government to take care of them. They want more government in their lives, whereas this country was founded by people who wanted government mostly out of their lives.