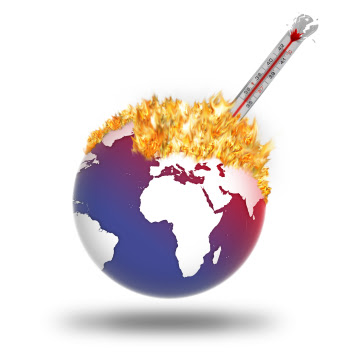 The writer of a letter in the local paper last Friday railed against coal to liquid technology, calling it “nothing more than selling snake oil; it’s a giant corporate welfare giveaway to already rich coal barons. “

The writer tells us in terms bordering on hysteria that coal supplies will soon run out, but before they do they will “poison my children’s water and air,” then delivers some platitudes, such as that renewable energy sources can save us from the greedy coal companies and that “green jobs” will replace the jobs lost in the coal industry and related industries. Following that are some pie-in-the-sky assertions, like renewable energy sources powering such things as solar cars and lawnmowers can bring energy independence to the United States.

I could address the writer’s points, such as they were, one by one, like the statement that coal supplies will run out soon. The Department of Energy disagrees, saying just a year ago that “the United States has the world's largest known coal reserves, about 267.6 billion short tons. This is enough coal to last approximately 236 years at today's level of use.” Or, I could argue that while coal is indeed a dirty form of energy that it is far less dangerous to man and beast than the writer says it is, due to government imposed emission regulations. Or, I could point out the truth about alternative energy sources: Each and every one of them has its own set of negatives that keep any of them from being a viable replacement for petroleum, natural gas and coal; even the greenies don’t like some of the alternatives.

But what this is about is the abundance of undisciplined emotion in this letter, the lack of sensible argument for or against points in it, but mostly what is at the base of those factors: a gross misunderstanding of environmental conditions, so-called “manmade global warming,” and why such a gross misunderstanding of reality is so dangerous to us and every first- and second-world nation on the globe.

The writer needs to know that the much vaunted Kyoto Protocols wouldn’t make a whit of difference in slowing the warming of the climate, and furthermore that following the prescriptions of Kyoto would substantially damage the economy of every participating nation, and that in fact it is already doing so in Europe.

The fact that Al Gore and the other “green enthusiasts,” scientists and others have foisted distortions and outright untruths on a too-trusting public to try to scare people into supporting their inane prescriptions needs to get more play in the media. Otherwise, people will not have a good grasp of the arguments of both sides of this issue to allow them to make an informed, intelligent decision about what they believe. They will be left to be the victims of demagogues driven into submission to a fairy tale scenario that bares little if any resemblance to reality.