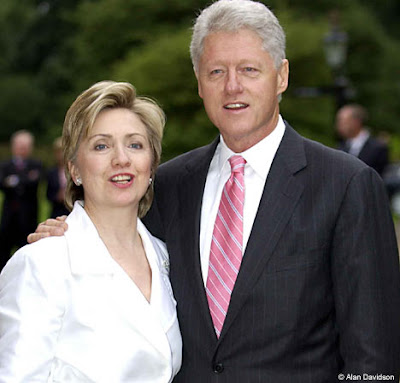 Sen. Hillary Clinton, out there on the campaign trail seeking the Democrat presidential nomination, has been loudly proclaiming her 35 years of experience implementing change as the reason to nominate her and then elect her President of the United States.

"I was a member of the White House team that was involved with trying to make a lot of changes,” she said, referencing being the wife of a President for eight years. “I think that people who are running for President should lay out for Americans their record, their experiences, their qualifications, their vision, their plan, and their understanding of how to make it all happen, and that's what I'm doing."

There are two problems (at least) with that statement. First, Mrs. Clinton has talked about her record, but has not provided any documentation to back up her claims. Those records are locked up in the National Archives, and their release has not been allowed by her husband, the former President.

Second, and more important, being in the White House as First Lady doesn’t qualify you for anything. Even though she has some experience in politics and policy formulation, and participated as an off-the-payroll advisor to her husband, Mrs. Clinton wasn’t the decision maker. She has no executive experience and less experience as an elected representative than other candidates. So, that begs the question: do her years as a lawyer, her eight years as First Lady and her minimal time in elected office really set her above the rest of the candidates? No, of course not.

To illustrate the absurdity of Mrs. Clinton’s claim to experience, I present the following excerpt from an email making the rounds:

“In a news conference Deanna Favre announced she will be the starting QB for the Green Bay Packers this coming Sunday. Deanna asserts that she is qualified to be starting QB because she has spent the past 16 years married to Brett while he played QB for the Packers. During this period of time she became familiar with the definition of a corner blitz, and is now completely comfortable with other terminology of the Packers offense.”

The comparison may not be precise, but you get the point.

Those of us who recognize the media’s left bias and its preference for a Democrat in the White House haven’t missed the fact that Mrs. Clinton has not been challenged on her claims of superiority basis on her “experience,” and they haven’t asked her about those records safely tucked out of public view in the National Archives, either.