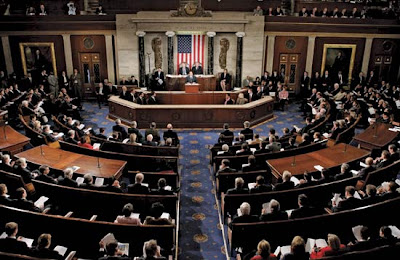 An interesting turn of events in Washington: the President vetoed a bill (which is a noteworthy event, as Mr. Bush has vetoed only a handful in his seven years in the White House), and the Congress overturned it.

The Senate voted 79-14 to overturn the veto of a bill authorizing spending on water projects, after the House of Representatives voted 361-54, well over the two-thirds majority required.

The bill includes funding for coastal restoration in Louisiana after Hurricane Katrina, and improving the Florida Everglades and fisheries in the Great Lakes. Why would the President want to veto such seemingly worthwhile projects? Well, he wouldn't. What he objected to were billions of dollars of local projects that are important to senators and representatives, but which Mr. Bush believes are unnecessary. No doubt the President will be roundly criticized for the veto, even though it was overridden, because whatever he does or does not do will garner criticism from his enemies. But this is precisely what a president ought to do, and something that Mr. Bush should have done more of.

It is important to note that although Democrats have held a majority in both houses since the mid-term elections of November 2006, they could not have overturned the presidential veto without the support of Republicans. And it's not as simple as saying that Mr. Bush can't even depend upon his own party for support. Many of the Republicans in Congress are up for re-election in 2008, and while they saw fit to sustain his previous vetoes, they deserted him on the water bill because their political future was on the line.

Political expedience will trump principle most of the time.