Ron White on the Death Penalty 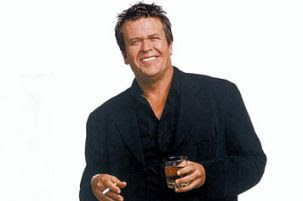 I like Ron White, one of the guys on the Blue Collar Comedy Tour. He usually has a cigar in one hand and a glass of Scotch in the other.

That’s my kind of guy. He’s laid back, very dry, and a hoot.


Here is Ron’s offering on the death penalty, and even though I think I’ve posted this before, it is worth repeating, although it looses something in text that it has when Ron says it:

I’m from Texas. In Texas we have the death penalty. And we USE it.

That’s right, if you come to Texas and kill somebody, we will kill you back. That’s our policy.

They’re trying to pass a bill right now through the Texas Legislature that will speed up the process of execution in heinous crimes where there’s more than three credible eye witnesses.

If more than three people saw you do what you did, you don’t sit on death row for 15 years, Jack, you go straight to the front of the line.