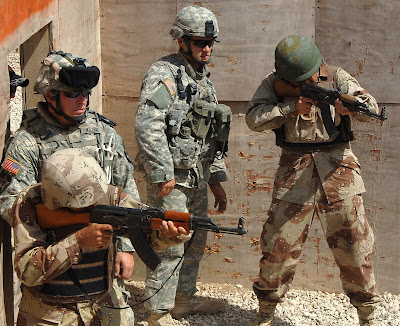 The adolescent controversy surrounding talk show host Rush Limbaugh has crossed the line from merely ridiculous to utterly preposterous, absurd, bizarre and idiotic. Think what you will of Mr. Limbaugh, his opinions, and his style, no sensible person can show that he has been anything but strongly supportive of our military personnel. Anyone who thinks otherwise simply doesn’t know what they are talking about. Yet, a couple of words, taken completely out of context, have fueled a firestorm of criticism of the conservative host.

What is far more important in this pathetic episode is whether the Limbaugh critics such as Senate Majority Leader Harry Reid—who has more important things he should be doing—or Senator Tom Harkin—who appeared in his Senate floor denunciation of Limbaugh to be incapable of knowing where he was—really believe that Limbaugh called soldiers who have been to Iraq and who disagree with the Iraq war “phony soldiers,” or not.

Here is the transcript: You be the judge.

RUSH: … Another Mike. This one in Olympia, Washington. Welcome to the EIB Network. Hello.

CALLER: Hi, Rush. Thanks for taking my call.

CALLER: I have a retort to Mike in Chicago, because I am serving in the American military, in the Army. I've been serving for 14 years, very proudly.

CALLER: I'm one of the few that joined the Army to serve my country, I'm proud to say, not for the money or anything like that. What I would like to retort to is that, what these people don't understand, is if we pull out of Iraq right now, which is not possible because of all the stuff that's over there, it would take us at least a year to pull everything back out of Iraq, then Iraq itself would collapse and we'd have to go right back over there within a year or so.

RUSH: There's a lot more than that that they don't understand. The next guy that calls here I'm going to ask them, "What is the imperative of pulling out? What's in it for the United States to pull out?" I don't think they have an answer for that other than, "When's he going to bring the troops home? Keep the troops safe," whatever.

RUSH: It's not possible intellectually to follow these people.

CALLER: No, it's not. And what's really funny is they never talk to real soldiers. They pull these soldiers that come up out of the blue and spout to the media.

CALLER: Phony soldiers. If you talk to any real soldier and they're proud to serve, they want to be over in Iraq, they understand their sacrifice and they're willing to sacrifice for the country.

RUSH: They joined to be in Iraq.

CALLER: A lot of people.

The term “phony soldiers” uttered by Limbaugh clearly referred to those that “come up out of the blue,” which to any thinking person does not refer to actual present or former active duty military personnel, but to people who pretend to have been in the military, or in Iraq.

If you don’t believe that, then consider how Limbaugh followed this call.

“Here is a Morning Update that we did recently, talking about fake soldiers. This is a story of who the left props up as heroes. They have their celebrities and one of them was Army Ranger Jesse Macbeth. Now, he was a ‘corporal.’ I say in quotes. Twenty-three years old. What made Jesse Macbeth a hero to the anti-war crowd wasn't his Purple Heart; it wasn't his being affiliated with post-traumatic stress disorder from tours in Afghanistan and Iraq. No. What made Jesse Macbeth, Army Ranger, a hero to the left was his courage, in their view, off the battlefield, without regard to consequences. He told the world the abuses he had witnessed in Iraq, American soldiers killing unarmed civilians, hundreds of men, women, even children. In one gruesome account, translated into Arabic and spread widely across the Internet, Army Ranger Jesse Macbeth describes the horrors this way: ‘We would burn their bodies. We would hang their bodies from the rafters in the mosque.’

“Now, recently, Jesse Macbeth, poster boy for the anti-war left, had his day in court. And you know what? He was sentenced to five months in jail and three years probation for falsifying a Department of Veterans Affairs claim and his Army discharge record. He was in the Army. Jesse Macbeth was in the Army, folks, briefly. Forty-four days before he washed out of boot camp. Jesse Macbeth isn't an Army Ranger, never was. He isn't a corporal, never was. He never won the Purple Heart, and he was never in combat to witness the horrors he claimed to have seen. You probably haven't even heard about this. And, if you have, you haven't heard much about it. This doesn't fit the narrative and the template in the Drive-By Media and the Democrat Party as to who is a genuine war hero. Don't look for any retractions, by the way. Not from the anti-war left, the anti-military Drive-By Media, or the Arabic websites that spread Jesse Macbeth's lies about our troops, because the truth for the left is fiction that serves their purpose. They have to lie about such atrocities because they can't find any that fit the template of the way they see the US military. In other words, for the American anti-war left, the greatest inconvenience they face is the truth."

It is easy to take an isolated comment by someone—anyone—and misuse it, misconstrue it, to manufacture some false reality. It doesn’t take any special talent or insight to be a political cheap-shot artist like Media Matters, Harry Reid or Tom Harkin. What it does require, however, is a willingness to indulge in dishonesty and tawdry political hay-making, and that is exactly what has happened here. It is ludicrous to assert that Limbaugh actually thinks military personnel critical of the war are “phony soldiers,” given his historical support for our military personnel. And those that want to try to convince you that he did are unworthy of your trust.

He didn’t mean that and, more to the point, he didn’t say that. The term “phony soldiers” clearly describes real phonies like Jesse Macbeth.