The rain we had been expecting came today, and stuck around pretty much all day. As it turned out, that didn’t really make much difference, as I had a meeting I had planned to attend, and Diane wanted some time to shop, so she did and I did, and it all worked out just fine. 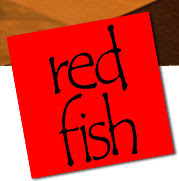 Dinner tonight was the one we had waited for, at Red Fish, a place that the interim president at the college put us onto last year. It is upscale cuisine, if not upscale attire or upscale pricing. Red Fish has the best wine list we have seen, so comprehensive that it reminded us how little we really know about wines. Actually, there are two lists, and the one, called the Cellar List, had only one wine that we recognized (but couldn’t afford), and none less than $65, a little too high for our needs. Come to think of it, we didn’t recognize most of those on the lower level wine list, either, so, being the smart folks that we are, we asked our waiter, Ryan, for his advice. And his advice was right on the money, pointing us to a very good, but not expensive sauvignon blanc called “Attitude.”

We started off with a cheese plate that went well with the wine, and Diane ordered the Crispy Ashley Farms Free Range Brick Chicken that featured Caribbean spices, boursin grits, asparagus and roasted garlic jus. It was awfully good. I went for one of the specials, and what appealed to me was that the main element was accompanied by a shrimp and lobster cake. As it turned out, the shrimp and lobster cake was too spicy to fit well with the smooth lobster cream sauce on the Mong chong fish filet. But the Mong chong was great. We had a dessert wine and a dessert, she a peach bread pudding, and he (me) a triple berry trifle. Both were very good. After two hours in Red Fish, we waddled out to the car and headed home.

Tomorrow is the last day, and we have to try to fit everything else into one day. It should be interesting.