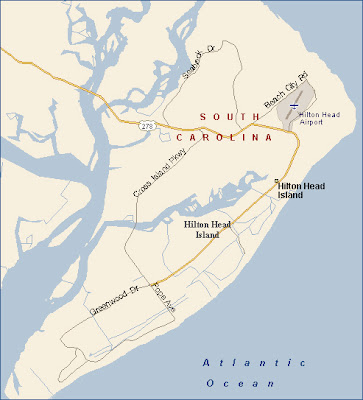 The place we’re staying doesn’t provide you much information about stuff like how to get to their beach, and even some of the info they do provide is wrong, like the TV listing, for example. It’s totally different than the reality.

Anyway, we asked someone how to get to the beach and headed there, and got there in about five minutes, by car. Sunny and warm, but not hot, it seemed a perfect time to lie on the beach and let the sound of the surf de-stress us, so we walked out the boardwalk toward the beach. We walked into gale-force winds that were giving the ladies ahead of us a fit trying to hold onto the little kiddie surf-boards one of them was carrying. Undaunted, we turned right down the beach. After finding a good spot, we attempted to put down a blanket, which proved impossible. The windward edge of the blanket wouldn’t stay down, and sand quickly covered everything. So, knowing Mother Nature was going to win this game, we headed back to the pool, which was much calmer.

Later, we cleaned up and went out, bought a couple of books, one on how to clean up your computer to make it perform better, and the other a book on the environment. Then, we had dinner at Marley’s Island Grille, where we both had a great meal, and after that headed to the Coligny Theater for a jazz concert. 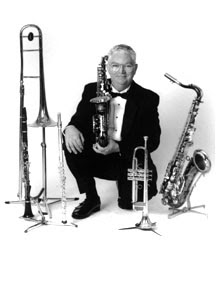 A few years ago, after I had taken over as director of the big band I had been playing in, we had a guest artist come and play with us on our spring concert. The guy’s name was Bill Prince. I first got to know about him when I was in the Air Force, stationed at Langley AFB in Virginia. A few of us musicians headed for DC one weekend to hear Buddy Rich’s band at the Cellar Door, and Bill Prince was the jazz trumpet player. He was terrific. I lost track of him until we were setting up the spring concert, and one of the guys in the band knew him well and made the contact, and Bill came and played the concert with us. He’s an amazing guy. He played trumpet with Rich, but he initially had been offered a seat in the sax section. Turns out, he plays darned near every instrument. On our concert, he played trumpet, sax, trombone and piano, and tonight he also played flute and clarinet. Tonight’s concert was a good one, and the group backing Bill up was pretty fine, too. As it turned out, Bill remembered me, which was a surprise.

So, it was a good day. The rain I had expected didn’t come, and still hasn’t. Tropical Storm Ingrid is falling apart near South America and likely won't be a factor, so we’ll see what tomorrow holds.