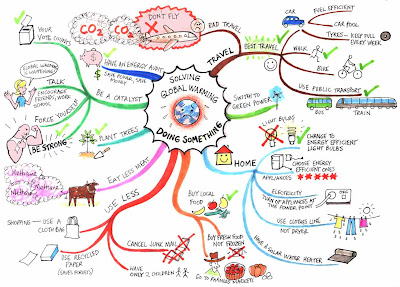 [Editor's Note:] Click on the photo for a larger version]

Every once in a while you stumble on a statement that really clicks with you. It has profound meaning, and says things that you have wanted to say, but does it better than you can do. The following statement is one of those; marvelously well written, it captures the sentiment as well as anyone could.

“Future generations will wonder in bemused amazement that the early twenty-first century’s developed world went into hysterical panic over a globally averaged temperature increase of a few tenths of a degree, and, on the basis of gross exaggerations of highly uncertain computer projections combined into implausible chains of inference, proceeded to contemplate a roll-back of the industrial age.”

That statement describes as perfectly as humans can the current state of global warming mania that grips the globe, and what is important about it, other than its common sense perspective, is that it was written by a very credible scientist, not a mere conservative global warming disbeliever like me. The author, Dr. Richard S. Lindzen, is a MIT Atmospheric Sciences professor, a member of the prestigious National Academy of Sciences, and also a former lead author of the United Nations Intergovernmental Panel on Climate Change. Those are Blue Ribbon credentials that every sensible person will acknowledge.

No doubt some readers will dispute the professor’s position—despite his experience, training and expertise—but that does nothing to lessen the impact of his words and the truth they represent. The environmental extremists don’t want to know the precise state of the environment, could care less about how the current temperature fluctuations fit into the historical record and don’t care about such inconvenient truths. They are convinced that catastrophe is just around the corner and that if we don’t radically change the way we live, we will destroy the planet, or at least the life forms it supports.

Fortunately for the rest of us, there are hundreds or thousands of well-informed experts like Dr. Lindzen who dispute the foolishness of the global warming lobby, if we only have sense enough to listen to them.