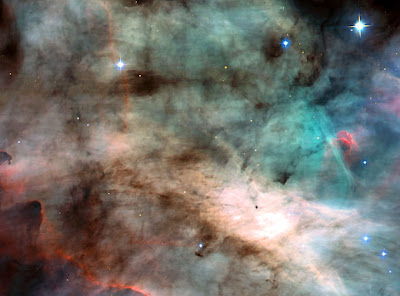 Demonstrating yet again that man not only has little if any control over his environment, but much yet to learn about it, scientists have discovered a “hole” in the universe larger than any void discovered so far. The story below, from The Washington Post, describes the hole as being as much as 10 billion light years from Earth, and encompassing 6 billion trillion miles of emptiness, distances so vast as to be impossible to imagine.

WASHINGTON -- Astronomers have stumbled upon a tremendous hole in the universe. That's got them scratching their heads about what's just not there. The cosmic blank spot has no stray stars, no galaxies, no sucking black holes, not even mysterious dark matter. It is 1 billion light years across of nothing. That's an expanse of nearly 6 billion trillion miles of emptiness, a University of Minnesota team announced Thursday. The rest of the story