How Government Messes Up Your Healthcare 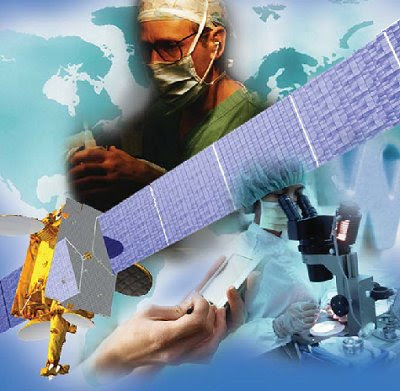 Close followers of Observations and those who read my comments elsewhere might remember my defense of the U.S. healthcare “system,” and my laying much of the blame for its problems on government. I have determined government’s responsibility for the mess we have not from reading the opinions of others, although that certainly has added to my mountain of evidence, but through direct experience as one who has held positions on the board of directors of a not-for-profit hospital and chaired some of its committees over a period of nearly 20 years, and also as someone who has worked in the healthcare industry.

Government regulation and intervention in the healthcare system is, indeed, responsible for a tremendous amount of the problems we face today, and for much of the high costs.

An example: Because of the economy of our area and the age of our population, about 77 percent of my hospital’s income comes from Medicare/Medicaid and other government payors, and only about 20 percent from private insurers. The rest is charity care (free care) or write-offs of bad debts/uncollectable charges. The federal government is constantly changing its formula for reimbursing providers for the care they provide to Medicare patients. The government even goes so far as to tell a hospital how many days a patient with a certain medical condition should be kept in the hospital, which it does by limiting reimbursement to a certain number of days. If the allowed days are 3.4, and the doctor wants the patient hospitalized for five days, the hospital provides the difference without getting paid back for its services.

Occasionally the government realizes that its limitations work to the detriment of both providers and patients and it devises some solution. For example, when the total costs of keeping patients in an acute care setting reached a level deemed too high, the government reduced the reimbursable days of care. After a while it realized that patients who were too sick to be sent home were being kept in the hospital on the hospital’s nickel, or in some cases were being released from the hospital. So, in its infinite wisdom, the government created a new level of care called “sub-acute” care. The sub-acute level was reimbursed at a lesser rate than acute care, and that enabled hospitals to create a sub-acute service (Skilled Nursing Unit/LTACH) for those patients. What actually happened was that the patient was “discharged” from the acute care setting, admitted to the sub-acute setting, all without leaving the building. The main difference was that the hospital got less money for taking care of the patient.

The real-world result of this for my hospital was that when we opened the Skilled Nursing Unit, the government paid us 72 cents for every dollar of cost. But as time went on, in its infinite wisdom (again) Medicare kept reducing the reimbursement until when the decision was made to close the SNU, the hospital was being paid only 22 cents for every dollar of cost, resulting in a loss of $6 million on that care unit in a single year. Obviously, a hospital cannot continue to absorb losses of that magnitude for very long. It was a difficult decision, but a necessary one to stop providing sub-acute care. Many of those patients were left in the lurch, even though the hospital continued to care for the most seriously ill patients, free of payment from Medicare

Another example of how government messes up your healthcare is through regulations that may have good intentions, but which wreak havoc with a facility’s finances. In ORs, the government decrees that unused items in a surgical kit must be thrown away, even though the pieces of the kit are individually wrapped in sealed, sterilized packaging. During a single surgical event, only 80 items in a 180-piece surgical kit may be used, but the other 100 pieces must be tossed in the trash. One estimate claims that some 7,000 tons of unused medical supplies are simply thrown away every day because of this and other regulations.

Have you ever seen a “gurney,” a rolling cot used in ERs and other hospital departments? What do you imagine one of those costs? Maybe $1,000, you say, or maybe $2,500, right? Wrong. Due to government specifications for the components of hospital equipment, some gurneys frequently cost well over $10,000 each.

Another area is over-kill in record-keeping. Our hospital has seven or so positions in its Medical Records Department—about one-third of its staff—whose job is to keep track of information required by the government, information not required for, or useful in, patient care. Seven FTEs at a pay level well above minimum wage, just to satisfy the government’s need for information.

My fierce opposition to turning our healthcare system over to the federal government is a result of watching, up close and personal, how government has made such a mess of it without having total control. Those who believe all Americans should have free healthcare ought to think carefully about that. If you think healthcare is expensive now, wait until you see what it costs when it’s “free.” Healthcare is not free, and never will be; somebody has to pay all of those costs. And that “somebody” is you and me, the taxpayers.

If we want less expensive healthcare, we need less government involvement, not more.