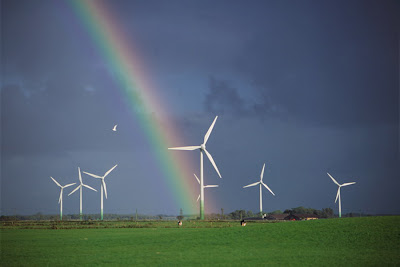 We have to end our dependence on petroleum-based products to produce electricity and run our motor vehicles because burning gasoline and diesel fuel pollute the atmosphere, right? And besides, we cannot depend upon oil being available because the major oil fields are under the control of nations that are not friendly to the United States and, God knows, we don’t want to do any more of that nasty drilling here in our country.

So, what is the answer to our energy puzzle? Let’s take a brief and superficial look at some alternatives to burning petroleum products to produce energy, and the reasons opponents of these methods cite for why they won’t work.

Coal is abundant in the U.S., but in addition to being a major pollutant when it is burned, is dangerous to mine, as evidenced by the recent tragedy in Utah and other coal mine accidents.

Natural gas is expensive and we don’t have the infrastructure to handle the demand.

Maybe getting power from the wind will do the trick. Or maybe not, because the same people who decry burning fossil fuels also oppose erecting wind turbines because they pose problems for birds, and they destroy the pristine views of nature. Wind power is very inefficient, critics say, because wind strengths vary, thus it is difficult to guarantee any continuous power.

Hydro-power is also a controversial issue, because large hydro-power facilities have a negative impact on fish and other wildlife in and along the affected rivers.

Well, what about solar power? Negatives there, too: It is not available at night; its effectiveness is diminished by clouds or smog and the amount of sun available depending upon the season. Solar installations are expensive, and not overly effective.

Biofuel is a more recent potential salvation. Biofuel is any type of fuel that comes from biomass (like living organisms or manure, etc.). To get energy from biofuel, it is generally burned. Before biofuel is ready, it must undergo many steps: it must be grown, collected, dried, fermented, then burned, etc., and to complete each step, resources must be used. Also, the gathering of and use of wood (a biofuel) has lead to erosion in some places. And, when corn is turned into ethanol, many say that it takes even more energy to produce it than is obtained from it. (And if we are using corn as fuel, it means it cannot be used as food). Also, ethanol produces nitrous oxides and carcinogens.

Fuel cells are a too new technology, as yet insufficiently developed, and therefore not a viable alternative.

Boiled down to a too-simple proposition, every method of producing electricity and powering motor vehicles has a downside. It’s just a question of which downside we prefer.

And given that every potential alternative has its own set of negatives, perhaps the solution lies in using all of these sources.