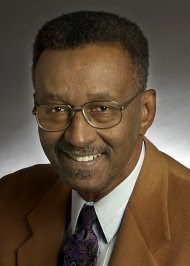 President Bush and his pro-amnesty allies both in and out of Congress suffered a devastating defeat at the hands of the American people. Like any other public controversy, there are vested interests served on both sides of the amnesty issue, but I'd like to raise some ordinary non-rocket-science questions to the pro-amnesty crowd, many of whom are my libertarian friends.

Do people, anywhere in the world, have a right to enter the United States irrespective of our laws pertaining to immigration? Unless one wishes to obfuscate, there's a simple "yes" or "no" answer to that question. If a "yes" answer is given, then why should there be any immigration requirements, such as visas, passports and green cards, for anyone who wishes to visit or reside in our country? Why not abolish the U.S. Citizenship and Immigration Services?

If your answer is "no," one does not have a right to enter the U.S. irrespective of our laws, what does that make a person who does so? Most often we call a person whose behavior violates a law a criminal. If people commit criminal acts, should there be an effort to apprehend and punish them? In general, my answer is yes, with one important exception.

I was summoned for jury duty some years ago, and during voir dire, the attorney asked me whether I could obey the judge's instructions. I answered, "It all depends upon what those instructions are." Irritatingly, the judge asked me to explain myself. I explained that if I were on a jury back in the 1850s, and a person was on trial for violating the Fugitive Slave Act by assisting a runaway slave, I would vote for acquittal regardless of the judge's instructions. The reason is that slavery is unjust and any law supporting it is unjust. Needless to say, I was dismissed from jury duty. While our immigration laws are overly cumbersome and in urgent need of streamlining, they do not violate human rights and should be obeyed.

Many pro-amnesty supporters offer the canard that there are 12 to 20 million illegal immigrants in our country. We cannot keep every illegal immigrant out or expel the ones living here. That might be true, but it is also true that we can't prevent every rape and murder. Does that mean we shouldn't attempt to enforce the laws against rape and murder and try to prosecute the perpetrators?

In addition to greater efforts to secure our borders, there are several non-rocket-science steps we can take. People who are here illegally should be denied access to any social service such as Medicaid, public education and food assistance programs. An exception might be made for temporary emergency medical treatment. In some cities, such as Los Angeles, police are prohibited from asking people they stop about their immigration status. While state and local police shouldn't be turned into federal agents, they shouldn't knowingly conceal criminal acts.

The United States is a nation of immigrants from all over the world. The resulting ethnic mosaic goes a long way toward explaining our greatness as a nation. Immigration has always been a blessing for us, and it still is. But yesteryear's immigration and today's differ in several important respects. For the most part, yesteryear's immigrants came here legally. Because there was no welfare state, we were guaranteed that they'd work as opposed to living off the rest of us. Furthermore, they sought to assimilate and adopt our culture and become Americans. That's not so true today, where Hispanic activists seek to impose their language and culture on the rest of us. At some public schools, they've raised the Mexico flag atop the U.S. flag. They've announced that they seek to take back parts of the U.S. that were formerly Mexico.