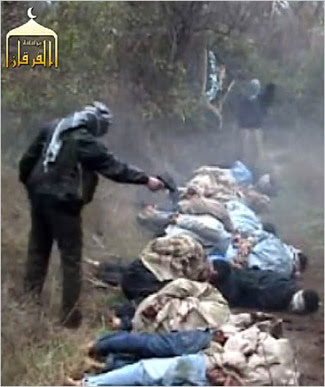 There has been a lot of concern lately about the potential for a terrorist attack on U.S. soil in the near future, perhaps this summer. Homeland Security Secretary Michael Chertoff has been criticized for the comment recently that he had a bad feeling about the potential for a terrorist attack before long, with critics complaining that he should not talk about “feelings” when national security is at stake. Others, however, have said that his comment was very effective at raising concerns without scaring people to death. Just a little research reveals a number of terrorism and national security authorities that believe an attack on the U.S. is likely, and that is reason enough for the rest of us to pay close attention to what these people are saying.

The rest of us must hope that opposition to the Bush administration’s efforts to discover terrorist plots before they are activated do not prevent the foiling of a terrorist act. However, we also should be thinking about how the U.S. will respond if terrorists succeed in killing innocent Americans.

The terrorists planning to attack us are savage Muslim barbarians, primarily from the Middle East, that are under the spell of the coward bin Laden, hiding in the hills and caves of the Middle East, and having brainwashed minions carry out his dirty work while he remains safe and warm. These miscreants are willing to kill innocent people, including fellow Muslims and themselves, in the name of Islam, or for their own narrow political purposes disguised as Islam.

We can’t just throw up our hands and say, “Oh, well, maybe we can stop them next time.” We cannot very well make a point against barbarians by complaining to the UN, or apologizing to al Qaeda and the Muslim extremists, can we? Playing fair against terrorists is an exercise in futility, foolhardiness and idiocy. So what do we do? Some who have not thought about it very much will renew the foolish and pointless call to withdraw from Iraq. But, that will not work, because Iraq it is not what has the savages wanting to kill us.

If terrorists succeed in setting off a small nuclear device, a dirty bomb, or a biological or chemical weapon in the U.S., the United States must use nuclear weapons to take out portions of three or four Middle Eastern nations that are home to terrorism. Maybe that would include more than four nations, so maybe we drop nuclear bombs on five, six, seven or more.

Is that a harsh prescription? Perhaps it is. But, ask yourself whether that is harsher than a nuclear or chemical or biological weapon being set off inside our borders? I don’t think so and, more importantly, I don’t care. I’ve had it with the U.S. being expected to treat murderers better than they treat their victims. Turning the other cheek hasn’t worked. It is not “humane”; it is not the “honorable” way. It is stupid, and does not gain us anything other than the scorn of the very enemies who want to kill us, and it will confirm to them that we are weak.

If the United States is going to be the target of barbaric murderers, the places those murderers and their families live are fair game. Maybe the fiery deaths of a few million Muslims will get the attention of bin Laden and the other cowards who head up the Islamic jihad movement. Maybe if they understand that the Middle East may become a giant fireball, that we are as indiscriminate in taking lives as they are, they will think twice about attacking us.

And if not, we will substantially reduce the number of potential Muslim terrorists.