Is “Live Earth” and Similar Behavior Acutally Killing the Earth? 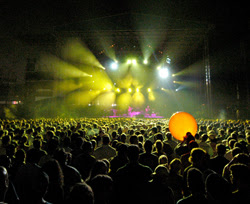 The recent series of environmental awareness concerts called “Live Earth” has generated a lot of interest. Supporters treat it as the Second Coming, while opponents think it is a great example of hypocrisy on the issues of global warming and energy conservation.

“How,” opponents ask, “is it saving energy to fly musicians and other luminaries to concert locations all over the world in private jets to encourage people to use less environmentally harmful energy?” One common answer from those who flew around the world is that they “offset” their trip.

What the heck does that mean, anyway? Here is the explanation of “carbon offsetting” from Carbonfund.org.

What Are Carbon Offsets

"Carbon offsets are relatively simple. We all are responsible for carbon dioxide emissions through the use of energy: driving, heating and cooling our homes, watching TV, etc.

“Carbon offsetting is the act of reducing an equal amount of carbon somewhere else to counterbalance the carbon emissions from your energy-using activities (called your ‘carbon footprint’).”

“While most people can reduce their energy use by improving the efficiency of their homes, buying cars that get better gas mileage and making other changes, which we strongly support, reducing it to zero through individual actions is nearly impossible. Carbon offsets are a cost effective way to reduce the remainder of one’s 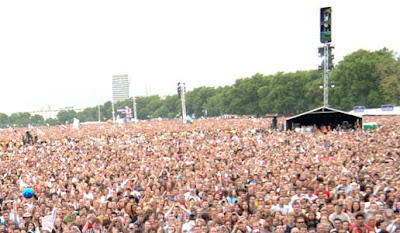 The site also offers this: “It’s good to see the world, but it’s also good to have a world left to see. Our flying is filling the wild blue yonder with more greenhouse gases everyday.

Okay, let’s review: You are concerned about the environment and you want to do your part to reduce CO2 emissions. But you also have a concert tour to Europe, then to Scandinavia, and then to South Africa, then to Japan and then return to New York, a trip of some 24,000 miles emitting about 18,000 lbs. of CO2 into the environment. You feel guilty about doing this, and you learn that for the additional cost of a measly $20.90 you can pay someone else to forego producing CO2 emissions for you, and you can gad about the globe just like you planned to, guilt free.

This is the sort of sacrifice that the supporters of and participants in “Live Earth” made in order to participate in the concert series. But guess what? There was virtually no “investment” by these participants; they essentially lived life normally, paid a few pennies to purchase carbon offsets, and claimed to be self-sacrificing environmentalists helping to reduce carbon emissions. They paid for someone else to cut back on their carbon usage so they don’t have to, and they get all the glory.