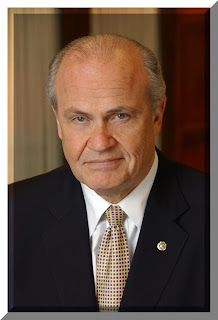 I've talked before about the Council on American-Islamic Relations -- most recently because it filed that lawsuit against Americans who reported suspicious behavior by Muslims on a U.S. Airways flight. Better known just as CAIR, the lobbying group has come under a lot of scrutiny lately for its connections to terror-supporting groups. This time, though, The Washington Times has uncovered some very good news about the group.

For years, CAIR has claimed to represent millions of American Muslims. In fact, they claim to represent more Muslim in American than ... there are in America. This has alarmed Americans in general as the group often seems to be more aligned with our enemies than us -- which isn't surprising as it spun off from a group funded by Hamas. As you know, Hamas has been waging a terrorist war against Israel and calls for its total destruction. It also promises to see America destroyed. Nowadays, Hamas is busy murdering its Palestinian political rivals.

Even with this history, and CAIR's conspicuous failure to condemn Hamas by name, it has been treated as if represents Muslim Americans by our own government. The good news is that the financial support CAIR claims to have among American Muslims is a myth. We know this because The Washington Times got hold of the group's IRS tax records.

Of course, every silver lining seems to have a cloud; and this cloud is that CAIR's spending is running about $3 million a year. They’ve opened 25 new chapters in major cities across the country even as their dues shrank to a pittance. The question is; who’s funding CAIR?

CAIR's not saying. The New York Times earlier this year reported that the backing is from "wealthy Persian Gulf governments" including the UAE and Saudi Arabia. Obviously, we have a bigger problem here than the one with CAIR.