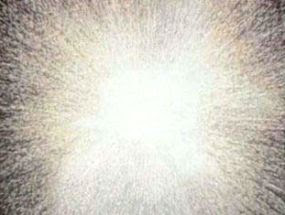 The argument between science and religion has raged for a long time, and it rages still. How did the world begin? How did man come to be? Science tells one story; religion tells another. The science version of things is taught in schools, public and private; the religious version is not taught in public schools. Hundreds of museums tell science’s version to the public, but no museums tell the public religion’s version. Where interaction with the general public and children is concerned, science has a big advantage, as people are routinely presented with the scientific story in compulsory schooling and in routine public activities, but they must actively seek out the religious version by attending church or a church-sponsored school, or through other means. So, with such a great advantage on their side, you might think scientists would pay little attention when one museum based upon the creation story sets to open. You would be wrong.

A Creation Museum, the first in the United States, is set to open this weekend in Northern Kentucky, and scientists have reacted negatively toward this project. The Museum presents the literal Biblical story of a six-day creation of the universe, and is the product of Ken Ham, the head of Answers in Genesis, and who arrived in Northern Kentucky from Australia in 1994 with dreams of building the Museum. "We admit that in this place, our bias, our starting point, is the Bible," Ham says. The Bible, he said, "is the word of God, who knows everything." His organization rejects one of the cornerstones of modern science - the theory of evolution, a key tenet of which is that all life on Earth descended from a common ancestor, a process that happened over billions of years.

Scientists are apoplectic: Alan Leshner, chief executive officer of the American Association for the Advancement of Science, said, "Everything science has taught us over the course of the last 200 years teaches us that this kind of literal, biblical, creationist notion is misguided at best, and just plain false at worst." "When they try to confuse (kids) about what is science and what isn't science, scientists have an obligation to speak out," said author and Case Western Reserve University physics professor Lawrence Krauss. "There's no doubt these are documented lies." 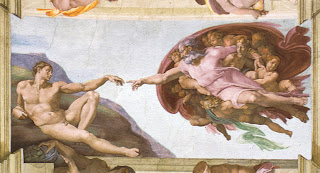 Ham noted that the vast majority of natural history museums and textbooks available to students are devoted to teaching evolution, "and they're worried about one creation museum? I think they're really concerned that we're going to get information out that they don't want people to hear."

"We're not talking about free speech. We would not protest the museum," Leshner said. "However, we are concerned that we not mislead young people inadvertently or intentionally about what science is showing."

Leshner makes one critical mistake: He operates from the position that the museum attempts to falsely portray a scientific theory, when in fact the museum is presenting a contrary theory to that of science. Leshner further appears to possess the arrogance that many scientists and science advocates possess, which results in a closed-minded belief that science is always right and every other theory is wrong. The fact is that even though evolutionary theory is widely accepted and believed true by a large number of people, it is incomplete; there are cavernous gaps in the theory that must be filled in for evolution to be an accurate and provable explanation for how things came to be as they are.

Scientists often gleefully ridicule religious adherents for hanging their beliefs on faith rather than fact, as if faith is inferior. Yet, being unable to prove their own theory of creation, scientists also are guilty of relying on faith.

The scientific community is indeed attempting to limit the free expression of people like Ken Ham. Perhaps this arises from arrogance, as I suggested earlier, or perhaps it arises from insecurity in the theory of evolution. It must be very frustrating for scientists to believe that their theory is correct, but be unable to prove it. But the upshot of all of this is that science is either correct in asserting evolution as the correct explanation of creation, or it is mistaken, and science is unable to prove absolutely that evolution is the correct explanation. So, objectively, the best science can claim is that evolution may be the correct explanation, and that is essentially the same argument that those who believe in God or a supreme being make.

So, if science and scientists are the objective truth-seekers they claim to be, they ought to abandon this humiliating effort to stifle contrary opinions.