Injustice in Pursuit of Political Goals 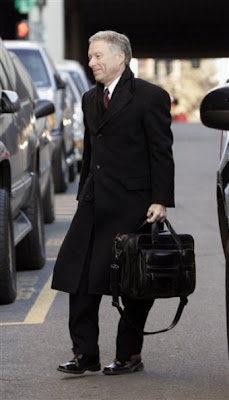 A while back I wrote a column about what I believe is a monumental miscarriage of justice and prosecutorial misconduct of the worst kind in the perjury trial of I. Lewis “Scooter” Libby titled “Prosecutorial Discretion?”

It is my position that there was never a crime to begin with, and had prosecutor Patrick Fitzgerald made that essential determination at the beginning, as he should have, the investigation in which Mr. Libby’s alleged perjury occurred would never have taken place, and Mr. Libby’s life would not have been turned upside-down by an over-zealous prosecutor more concerned with his own fortunes than with honorably discharging his duties.

An op-ed in The Washington Post penned by someone much more knowledgeable than I about the intricacies of the Libby case has painted a picture similar to that in my column, but much more damning. Victoria Toensing, a former deputy federal prosecutor and one of the key people in the drafting of the Intelligence Identities Protection Act of 1982, the law that was allegedly broken in the alleged “outing” of CIA “agent” Valerie Plame, sees tremendous problems with the indictment and trial of Mr. Libby, as the following comments show:

Could someone please explain to me why Scooter Libby is the only person on trial in the Valerie Plame leak investigation? …

Fitzgerald apparently concluded that a purported cover-up was sufficient motive for Libby to trim his recollections in a criminal way. So when Libby's testimony differed from that of others, it was Libby who got indicted.

There's a reason why responsible prosecutors don't bring perjury cases on mere "he said, he said" evidence. Without an underlying crime or tangible evidence of obstruction (think Martha Stewart trying to destroy phone logs), the trial becomes a mishmash of faulty memories in which witnesses can seem as guilty as the defendant. Any prosecutor knows that memories differ, even vividly, and each party can be convinced that his or her version is the truthful one.

If we accept Fitzgerald's low threshold for bringing a criminal case, then why stop at Libby? This investigation has enough questionable motives and shadowy half-truths and flawed recollections to fill a court docket for months. So here are my own personal bills of indictment:

Ms. Toensing then goes on to explain why several others are just as eligible for indictment as Mr. Libby, given the circumstances of this "case." Those of you who believe in true justice ought to read the entire Victoria Toensing article.

I think you will come to the conclusion that the trial of Lewis Libby is a circus and a travesty, and stems not from a criminal act, but from an anti-Bush/anti-Cheney political agenda that attempted to create a crime—the supposed outing of CIA covert agent—where no crime, in fact, existed.