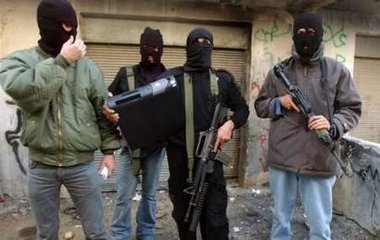 A program on Fox News Channel this weekend focused on the radical Muslim element and its determined effort to convert or subjugate all non-Muslims, or kill everyone that won’t convert or be subjugated. Since those who don’t like Fox may go off on a tangent and assume that it was just another narrow-minded anti-Muslim rant, more than once during the show, and in the first minute or two, was a conspicuous comment to the effect that most Muslims do not indulge in terrorism or in the support of terrorism, and that the program was not about “peaceful or moderate” Muslims, just the radical element.

From the Fox News Channel Web page: “According to a shocking new documentary [by Wayne Kopping] called “Obsession,” the free world is still unprepared to face the unwavering commitment of those who have pledged their lives to our destruction. The film states that we suffer not so much from complacency, but from the naïve disbelief that we remain targets of thousands, perhaps millions of radical Muslims around the world.”

There are approximately 1.1 billion Muslims in the world. One interviewee stated that the radical element comprises 10 to 15 percent of the whole of Islam. Now 15 percent isn’t a large proportion, but 15 percent of 1.1 billion is a big bunch of people willing and eager to destroy western civilization in general and American society in particular, something short of 170 million thoroughly programmed, murderous, robotic fanatics.

There were several scenes of fanatical imams whipping their compliant flock into an anti-American,

anti-Western, anti-Israel frenzy. There were a few scenes of children reciting jihad rhetoric with all the conviction of someone old enough to actually understand the words they were saying.

And that is the key to the problem: radical Muslim clergy are not just teaching jihad, not just training youth in the ways of intolerance and dominance, but thoroughly indoctrinating young Muslims from ages in the mid-single digits. And, yes, some of that is taking place inside the United States.

Interviews with Muslims who strongly oppose the hijacking of their religion by the fanatics tell us that our actions in the Middle East are not what promotes Muslim extremism, and points out that rampant anti-Western propaganda in the Arab media, school curricula and other indoctrination of Islamic youth has been going on since before the U.S. went into Afghanistan and Iraq. “Like Nazi Germany,” the FNC program summary says, “with whom radical Islamists had a deep affinity before and during World War II, … it may well be that today’s fascists are a far greater threat to the free world than the fascists of yesteryear.”

The scenes of fiery speeches—not just in the Middle East, but also in the streets of New York and London—that contain the threat that the West either convert to Islam and submit to the rule of a Taliban-like government or die, leave you with the idea that negotiation is not an option. How do you negotiate with a fanatic, who is someone who has excessive devotion to a cause, and are frequently obsessive or unbalanced?

If negotiation won’t work with terrorists—and it won’t—that doesn’t leave much wiggle room, does it? Will anything allow us to deprogram the fanatics, some of which have been “true believers” for decades, and started when they were children? The option is to wipe the terrorist threat from the face of the Earth by force, and that is a path most of us don’t really relish. But that seems the only way we can survive.