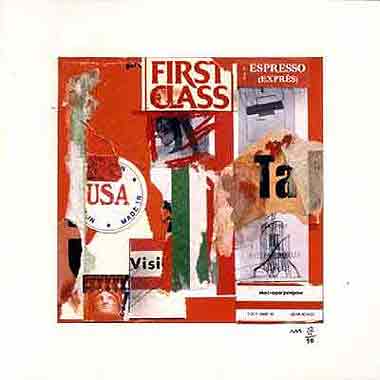 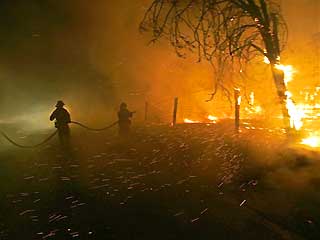 A raging wildfire in California set early yesterday morning by one or more arsonists had within 12 hours blackened more than 10,000 acres, had driven hundreds of people from their homes and had killed four firefighters.

"This is an arson fire" and "constitutes murder," said Riverside County Fire Chief John Hawkins. Another fire official surmised the arsonist(s) might have set the fire knowing the hot winds would maximize its destructive potential.

Homicide detectives are working alongside FBI agents to find the responsible party or parties, and authorities are offering a $100,000 reward for information leading to an arrest.

Whoever is responsible for this deserves the death penalty.

I have a birthday coming up—number 39 (that’s my story, and I’m sticking to it!)—and I have the distinction, if that is the correct term, of being one of those lucky enough to call themselves a “Halloween Baby.”

On Halloween there are basically two choices. As I’m sure all of you will acknowledge, I was a treat.

Please excuse this shameless effort to get some good wishes, and … well, give me a good wish. A gift would be appreciated, too ... a fifth of single malt Scotch, a good cigar, some good music ... you know the drill.

[[[ Edit: I neglected to note that the reason for the pic at the right is the name of the costume, which is, "Little Dead Riding Hood." I thought that was funny! ]]]

What is the obsession among homosexuals and those of the political left that “marriage”—an institution dating back hundreds or thousands of years, and upon which much of Western society is based, and which has traditionally meant the union of one man and one woman—must be redefined to satisfy the hunger of the recent development of proud homosexuality to also be “married?”

I see homosexuality as unnatural; it’s not the way things were intended to be. Even so, people who are “predisposed” to love same-sex partners ought to, in a free and open society such as in the U.S., be free to choose whomever they please as their partner, and if they want a legal relationship with that person, surely a few of the multitudes of lawyers in this country are capable of drawing up a contract that will bind man to man, or woman to woman just as tightly as do the marriage vows a man and a woman take when they tie the ties that bind. Such a contract ought to be able to satisfy the needs of homosexual couples for most/all of the same rights that a spouse has.

Write contracts; leave marriage alone. It is what it is, and that’s that.