The Cowards of Hezbollah 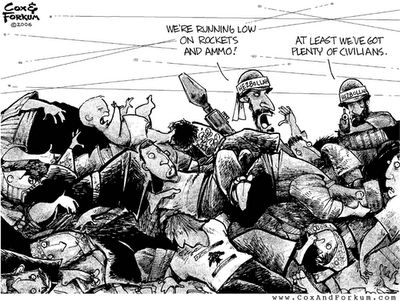 LARNACA, Cyprus — The U.N. humanitarian chief accused Hezbollah on Monday of "cowardly blending" among Lebanese civilians and causing the deaths of hundreds during two weeks of cross-border violence with Israel.

The militant group has built bunkers and tunnels near the Israeli border to shelter weapons and fighters, and its members easily blend in among civilians.