Are Congressmen Above The Law? 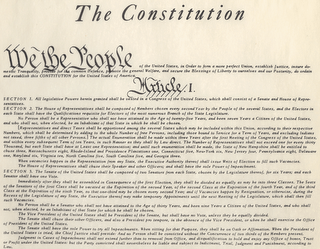 Ordinary law-aiding Americans are incredulous over the reaction of Congressional leaders and some other elected representatives over the recent raid on the office of a Congressman who is the focus of a bribery investigation. This reaction should have had the effect of shutting those Congressional leaders up. But it didn’t.
House Speaker Dennis Hastert and Minority Leader Nancy Pelosi—among others—argue that members of Congress are protected by the "speech and debate" protections in Article 1, Section 6 of the United States Constitution, and that the search violates those protections. The appropriate passage of Article 1, Section 6 reads as follows: ”They shall in all cases, except treason, felony and breach of the peace, be privileged from arrest during their attendance at the session of their respective Houses, and in going to and returning from the same; and for any speech or debate in either House, they shall not be questioned in any other place.”

As I read that passage, no Senator or Representative can be arrested during a session or in transit to a session. Not to pick nits, but the Congressman was not arrested; his office was merely searched and some materials relevant to the investigation were taken. The other pertinent passage notes that the arrest may not occur except for treason, felony and breach of the peace. The reason for the search is that the FBI believes the Congressman is involved in a felony. Game. Set. Match. There is no constitutional issue here.

So what has our Congresspersons so upset? Most likely it is that this supposed barrier separating the world from the hallowed halls of Congress has stood unchallenged for so many years that it has come to be assumed that there actually is a barrier there. But hardly anyone would argue that the Framers intended to prohibit a legitimate investigation into felony crimes from being able to procure evidence from Congressional offices.

Either that, or the corruption is so widespread that it is in the best interest of all Congresspersons to impede investigations of their wrongdoing.