The Wisdom of Ronald Reagan 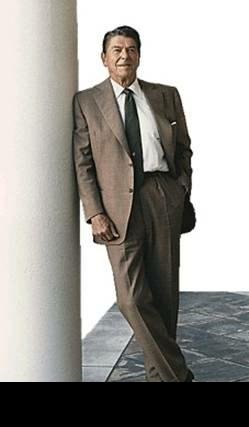 I have great regard and respect for Ronald Reagan. His greatness as President of the United States is already being recognized, and in time I believe he will be regarded as one of the two or three greatest Presidents of the 20th Century.

Agree or disagree with me as you will, here are some quotes from "the Gipper" that are worth reading and remembering:

Ahhhhh, if you must pay alms to republicans, this is probably the one to do it to!

Appreciating Ronald Reagan is a characteristic of Middle Americans.

There's hope for you yet!

On this one we agree. Ain't that something?

It must be the end of times!!