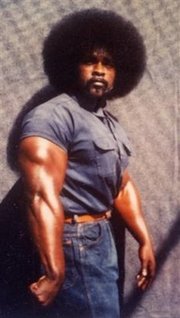 First, he is the brutal murderer of four people.

His first victim was a convenience store clerk killed in cold blood in a robbery, shot twice in the back at close range with a sawed-off shotgun. Williams and his accomplices got about $120 from the cash register. Of that killing Williams said, “You should have heard the way he sounded when I shot him.” Williams then made gurgling or growling noises and laughed about Owens’ death.

His next three victims were an elderly husband and wife from Taiwan who owned and operated a motel, and one of the couple’s children who had come from Taiwan to live with her parents. Williams entered the lobby of the motel, broke down the door to the office and systematically shot the three family members, all with a sawed-off shotgun at close range, and two of the three with two shots each. This episode in senseless brutality netted Williams $100.

He was convicted of all four murders and sentenced to die for his crimes.

Second, Williams is a successful author.

While in prison after his conviction, Williams wrote children's books advocating non-violence and alternatives to gangs. Incredibly, he has been nominated for the Nobel Peace Prize each year since 2000. The Nobel committee has not seen fit to award him the Prize; anyone can nominate anyone else for it, so being nominated is a relatively unimportant event.

Williams has earned something for each of these accomplishments.

For his accomplishment as an author, Williams deserves a prize for authors, perhaps the Pulitzer.

He has earned the writing prize, and he should get it.

For the brutal, senseless, murder of four people in cold blood, for nothing more than because they were in a location where he wanted to steal a grand total of $220 dollars, he has earned being put to death as determined by the judicial system.

He has earned being put to death, and he should get that, too. Too bad he can’t be executed by two shots at close range from a sawed-off shotgun.

I fail to see what good his execution would serve.

I believe that every society/culture has the obligation to set rules of conduct, to establish punishment for breaking those rules, and then see to it that those rules are enforced and those punishments carried out.

It is my belief that some crimes are so horrific that the only suitable punishment is that the perpetrator's life be taken from him or her. Tookie Williams' crimes fall squarely in that category.

I see no justice in Tookie Williams continuing to live while the remains of the victims of his inhuman brutality decompose into dust. Writing books for children, no matter what the goal and success of that effort, does not nullify what he did, nor garner for him the setting aside of the punishment he earned by his callous, coldblooded behavior.

His victim will still be dead after the execution. Taking his life will not deter the next idiot that thinks a weapon will solve a problem, make him tougher or more of a man.

I sort of got the impression Jesus wasn't in favor of the death penality either.

Haven't been anywhere, my friend. Just haven't had much to say.

I’m a little surprised by your comment, Buff. Unless I’m totally wrong in my assessment of you from your writings, had you been related to, or a friend of, one or more of Williams’ victims, and had you been close by after the murders, I would bet money that you’d take him out yourself. Our society has determined that what Williams did deserved the death penalty. He had the benefit of a process to determine that he should die, something his victims did not have the benefit of. Yet, you seem perfectly willing to let him off now that 25 years have passed and he’s done a couple of good things among his continued bad works since those dark days.

But let’s pursue another line of thinking: Why should someone who has unilaterally decided to take an innocent person’s life continue to draw breath under conditions that are, while less than perfect, far preferable to being dead?

And I disagree somewhat with your doubt of the deterrent effect of the death penalty. I think a death penalty reached under certainty of guilt (and that is a prerequisite for me) and delivered swiftly (not after 20 or 25 years) will make an impression on the public.

Jesus would oppose the death penalty: That is a common point of the anti-death penalty faction. I did a little research on that and found that there is a compelling argument that Jesus would, in fact, support the death penalty. If you’d like links, I’ll be happy to supply them.

If they State would give over the execution to someone with the moral right to end his life I wouldn't have a qualm.

While the State seems to have the legal right to do as they choose I won't believe they have the moral right. If justice is to be served it should be swift and just.

The man facing execution today is not necessarily the same man that was convicted of commiting the crime all those years ago. Killing him serves no useful purposes.

Would love to see any scripture that would lead you to believe Jesus would have supported the death penalty.

YO buddy! We once again ride!

Well, Buff, it’s taken a little while to get time to post this, and for that I apologize. This time of year is a little nuts.

I’d like to thank you for spurring me to investigate this issue. It is a commonly held belief that Jesus would oppose the death penalty for reasons that are commonly offered. I’ve often wondered about what I saw as a contradiction between Jesus’ respect for the law and his abandonment of it in opposing the death penalty, which is an element of law.

I am not a Bible scholar, and am not well informed on Christian theology, and as a result was left wondering about this seeming contradiction without sufficient tools to sort it out. I also didn’t have enough interest in it to investigate it, until now.

Here is one source to dispute the claim that Jesus opposed the death penalty. It’s a little long, so I hope that doesn’t dissuade you from pursuing it. There is even more at this source, the address for which I posted at the bottom of the citation.

Ride on, my friend.

Jesus did support the death penalty and He left a hearty biblical record proving the point. Jesus has been so remade by the modern world into a mix of Mahatma Gandhi, Mother Teresa and Tiny Tim that they cannot see the Jesus clearly portrayed in the Bible. Let us look at the record.

The Woman Taken in Adultery

But, you say, what about the women taken in the very act of adultery. This story is told in John 8:3-11. The scribes and Pharisees sought to find something against Jesus. Their method of operation was to ask a question or present a problem in which either solution would hurt Jesus (see several instances in Matthew 23). In this case, they presented the woman taken in adultery and reminded Jesus, “Now Moses in the law commanded us, that such should be stoned: but what sayest thou?” (v.5). If He upheld the law, the meek and lowly Jesus would be portrayed as cruel. If He made an exception to the law, He would be in favor of breaking the law. In either case, His bond with the people would be broken.

However, Jesus did the unexpected. He stooped down and wrote with His finger on the ground. What He wrote, we are not told. When the Pharisees insisted on an answer, He said, “He that is without sin among you, let him first cast a stone at her” (v.7) and continued writing.

At any rate, the consciences of the accusers began to accuse their own hearts. One by one, beginning with the eldest, they slipped away until no man was there to accuse the woman. With no accusers, there was no required penalty. Jesus had used the occasion to point out the hypocrisy of the scribes and Pharisees while at the same time showing His love to the unloved. He told the woman to go and sin no more.

Let Him Die the Death

This is a wonderful illustration of the grace of God, but it is not proof that Jesus opposed the death penalty. In fact, He made a direct statement of His support. Again, in dealing with the scribes and Pharisees, when they accused the disciples for not washing before eating, Jesus said,

“But he answered and said unto them, Why do ye also transgress the commandment of God by your tradition? For God commanded, saying, Honour thy father and mother: and, He that curseth father or mother, let him die the death.” Matthew 15:3-4

He then described (v.5-6) how the Pharisees allowed someone to hold back needed help for their parents by saying that it was a gift to God. This was the dedication of their possessions to the temple to be given at the time of their death. Of course, they could do anything they wanted with this gift until they died. But in the eyes of the Pharisees it freed them from their obligation to honor their mother and father by caring for them in their old age.

According the Jesus, the applicable commandment was that he who cursed his mother or father was required to die the death. However, the Pharisees had transgressed this commandment by their man-made traditions. This is not Jesus opposing the death penalty. This is Jesus requiring it.

From Learn the Bible: http://www.learnthebible.org/death_penalty.htm