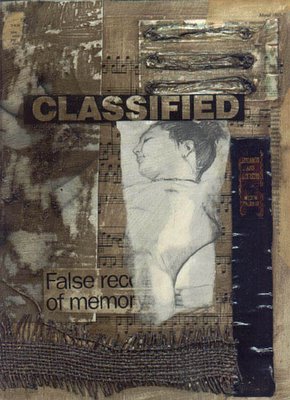 The Muslim violence in Paris is a sign of problems that are growing in Europe, where Muslim immigration has been going on for many years. The Muslims have been pretty much left alone, and instead of assimilating into the society they have adopted, they have created their own sub-culture.

Blankley goes on to say, “[i]t is beginning to dawn on Europeans that the combination of a shrinking ethnic-European population and an expanding, culturally assertive Muslim population might lead to the fall of Western civilization in Europe within a century.” Though Blankley thinks that position is premature, this is a wake-up call. Let’s hope the Europeans heed it.

A recent Supreme Court decision expanding Eminent Domain to cover private “needs” has allowed the City of Oakland, CA to lock the doors of a business that has been around for 56 years, and make the property available to a private developer whose use of the property suits the purposes of the City better than the “previous owner.”

Property ownership is a fundamental right of Americans. Clearly, the liberal Supreme Court no longer holds that right to be relevant. If anyone wonders why it is important to have originalists on the Supreme Court, this is an excellent example.

In Argentina, protesters opposed to free trade showed their disagreement with that concept by destroying local businesses.

This is the same reasoning used by people who didn’t or couldn’t leave New Orleans before Hurricane Katrina hit. Finding conditions dire and difficult, “victims” who didn’t have food and water looted TVs from abandoned businesses.

This underscores that violent people will use whatever excuse is available to be violent.

I’ve previously taken the position in Observations that Intelligent Design is worthy of being discussed along side Evolution because if at some point we determine that their really IS a Supreme Being, ID will be a legitimate part of Science, a position that some scientists also hold.

Now, another biology professor has come out in support of classroom discussion of "intelligent design." He testified recently that major peer-reviewed scientific journals shun articles on the ID because it is a minority view. "To endorse intelligent design comes with risk because it's a position against the consensus. Science is not a democratic process," University of Idaho microbiology professor Scott Minnich said.

He testified on behalf of the Dover Area School Board, in defense of an October 2004 decision to require students to hear a statement about Intelligent Design before ninth-grade biology lessons on evolution, which teachers oppose. The statement says Charles Darwin's theory is "not a fact" and has inexplicable "gaps," and refers students to the textbook "Of Pandas and People" for more information.

Eight families are suing to end the practice, saying it violates the constitutional separation of church and state because it essentially promotes the Bible's view of creation.

However, Intelligent design supporters argue that natural selection cannot fully explain the origin of life or the emergence of highly complex life forms. Professor Minnich testified that intelligent design is based on science and doesn't require adherence to any religious belief.