NASA Spacecraft Closes In on Comet 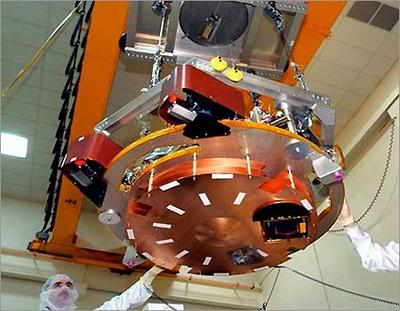 PASADENA, Calif. — A NASA spacecraft was speedily closing in on its target Friday, a comet scientists hope to smash open this weekend, producing celestial fireworks for the Independence Day weekend.

But the real purpose is to study the comet's primordial core.

Mission scientists said the Deep Impact spacecraft was 1 1/2 million miles away from Tempel 1, a pickle-shaped comet half the size of Manhattan.

"We're closing in very rapidly, but we're still very far away," said Michael A'Hearn, an astronomer at the University of Maryland and principal investigator of the $333 million project.

The cosmic fireworks will not be visible to the naked eye. But skygazers with telescopes can view the collision 83 million miles up from parts of the Western Hemisphere — in the United States, west of a line from Chicago to Atlanta, around 2 a.m. EDT Monday if all goes as planned.