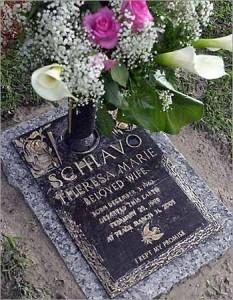 A lot of people think that Florida Governor Jeb Bush is wrong to investigate the 911 call to report Terri Schiavo’s collapse 15 years ago. I am not one of them.

I know. We’ve heard enough about Terri Schiavo. Around-the-clock coverage of her last days and the fight between her estranged husband and her family over whether or not she should live wore us all out. It polarized the nation into two camps. It posed the ultimate question: Is life valuable, or is it not?

That question is just one of several that remain unanswered. The autopsy of Terri’s body revealed no evidence that she was strangled or otherwise abused before she collapsed, but it did not answer the question of why her heart stopped, cutting oxygen off from her brain. As a result, her condition was such that Michael Schiavo insisted that Terri had told him she would not want to live that way.

That’s another question without an answer: Did Terri really tell Michael that she would not want to live in the condition she was in? Her family and friends do not believe so.

Michael Schiavo, who richly deserved the scorn heaped upon him because of his attitude and stubbornness, has through his confused testimony and TV interview created another important question, the question of how long did he wait after Terri collapsed before calling 911? Michael Schiavo testified in a 1992 medical malpractice trial that he found his wife collapsed at 5 a.m. on Feb. 25, 1990, and he said in a 2003 television interview that he found her about 4:30 a.m. He called 911 at 5:40 a.m.

When someone’s heart stops, response time is crucial. Michael Schiavo’s own testimony, under oath, reflects that he waited at least 40 minutes before calling for help. That, my friends, is significant. The brain can only last a short time without oxygen before damage begins. The difference between taking two or three minutes to get to Terri and realize he needed to call for help, and the 40-minute wait he testified to could well have been the difference between Terri’s severe brain damage and a normal life.

The following statement is representative of opponents of further examining what happened to Terri: "Enough is enough," said Democratic Sen. Ron Klein, according to the Associated Press. "I don't want to see it on TV any more, I don't want to hear politicians talk about it. Let her be at peace."

Terri is no doubt more at peace now than during the last two weeks of her life, as she slowly dehydrated and starved to death on the order of her estranged husband, in whose hands her care was legally placed. But this is far less about Terri being at peace than it is about ordinary Americans being at peace, away from the answers to difficult questions.

Gov. Bush wrote to the State Attorney: "Between 40 and 70 minutes elapsed before the call was made, and I am aware of no explanation for the delay. In light of this new information, I urge you to take a fresh look at this case without any preconceptions as to the outcome."

Terri’s family is looking for answers. They want to know what happened in those first few minutes. Finding that answer may help them cope with their loss. Maybe the answer won’t be found, even if the Governor’s investigation goes forward.

But what harm can it do?

I think it is just wonderful. Good ol' Jeb is willing to use his power to flog a dead horse. (The Schiavo affair.)

Yet has done nothing to see those that abetted the sick son of a bitch, (Couey), stand before the bar of justice for their actions and non actions.

There is something very wrong with this picture, my friend.

You're right about Couey, Buff. That slime ball ought to be turned over to Jennifer's family and left to fend for himself.

I give Bush a minus 2 for that one.

But I give Bush a point for Schiavo. It ought not to be a dead horse. Too many unanswered questions, and Michael Schiavo is -- and I am being as gracious as I can be -- a first-rate sleeze ball, and I think he is complicit in Terri's injury. I further think his actions after her collapse were based upon what was best for Michael.

Do you see what her grave marker says at the bottom? "I kept my promise" What a slap in the face. Couldn't he have at least kept that off of there?

Couldn't he have at least kept that off of there?

That underscores my belief that Michael Schiavo is a sleaze-ball, whose own interest was always upper-most in his mind.

Mark Fuhrman cites several things Michael Schiavo did along the way that in my mind cast significant doubt about him. Conflicting accounts of the collapse and he never accounted for his actions on either side of the collapse, his almost bizarre behavior in dealing with Terri's therapy treatments, his decision to end her life after the lawsuits didn't produce high awards ...

There's more than enough here to look into.