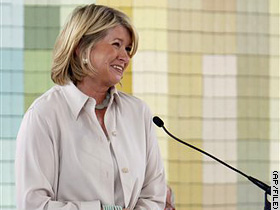 Martha Stewart has been in the news too much lately. Having served her five months in federal prison, she has gone home to complete her sentence with five months of home confinement.

The stories about Martha Stewart paint a picture of a woman who is arrogant and mean, and who treats the “little people” with disdain. Perhaps five months in prison, even in the minimum-security facility where she was incarcerated, will have taught her some humility, and given her some compassion. If so, then perhaps some good will have come from this exercise in government impropriety and over-reaching, and over-zealousness and resume building on the part of some federal prosecutors.

You see, Martha Stewart committed no real crime. What she did, and all anyone knows for sure that she did, was to sell some stock in ImClone Systems, Inc. just before that stock lost a big chunk of its value. Even if she had the benefit of some inside information, what she did harmed no one.

But federal authorities charged her with giving a supposedly misleading explanation for a perfectly legal stock sale. She was accused of saying she could not recall details of a two-minute phone conversation, and also of sometimes confusing her broker with her broker's assistant.

But in the eyes of federal prosecutors eager to bring down a big name, and build up their small names, Stewart was charged, tried and convicted of making false statements to investigators – lying, but not perjury, since she was not under oath at the time. She was sentenced to five months incarceration, five months of home confinement and fined $30,000, which was the minimum sentence she could receive. For lying under oath – committing perjury, a felony - Bill Clinton became a hero to Democrats, but got no jail time.

When the government misbehaves like it did in the Martha Stewart case, and someone is harmed, as Stewart was, it should send a signal to the rest of us to watch out. You might be next on the hit list.