I've had it with Michael Jackson 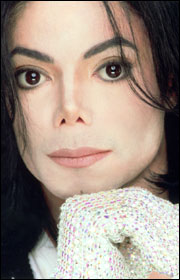 I think Michael Jackson is as talented as anyone on the pop/rock music scene, and more talented than most.

His music is good, he sang well, he was a terrific dancer, and his performances -- like "Thriller" -- were electric.

He had the best musicians on his recordings, and when he and Quincy Jones linked up, they were unbeatable 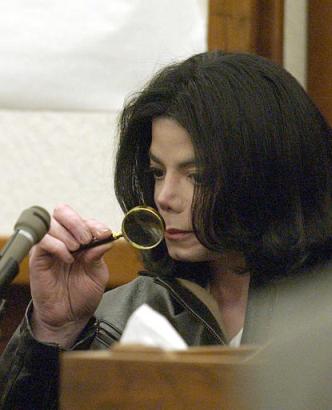 As the years went by, he got a little stranger, year by year. He was a good looking kid, as a black kid. But that wasn't good enough.

So he began having plastic surgery to make himself look "better."

He started doing unusual things. In this photo to the right, he uses a tiny magnifying glass to read something.

Most of us would wear glasses if our eyesight was poor. But Michael chooses a magnifying glass. A small, odd looking glass. 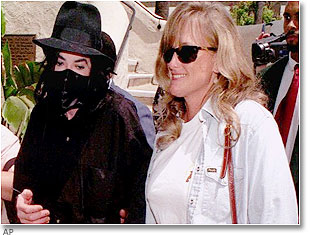 Then he started getting really weird.

Here, he wears a mask to keep from breathing impurities in the air. A black mask. Not a more common white mask, or even a green surgical mask. 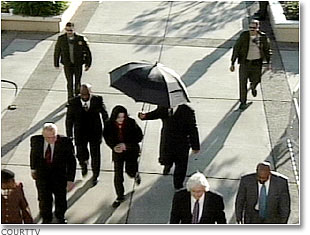 He thinks it's normal to sleep with young boys. Whether or not he is guilty of pedophilia and molesting his house guests, this is obviously abberant behavior. 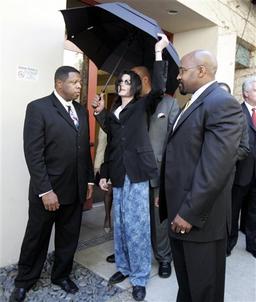 He apparently believes he is excused from following procedures the rest of us readily accept.

And not getting fully dressed before going to the courthouse.

I don't know if Michael Jackson is guilty as charged or not. But I've just had it with all the crazy stuff he does. 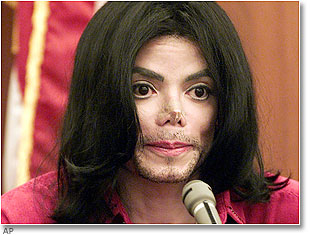 Amen to that my friend!!!

Idiot do some research

In addition to being a coward, you are a dumb ass!

I'm also a fan of Michael Jackson, I don't know what he's done. but when I saw him with a jogging stroller in the park, that scene is so beautiful, you know. Now, he's gone away, so sad. I'm wandering in the part with my son Puthic Chantra and read this article, it keeps me down a little bit.